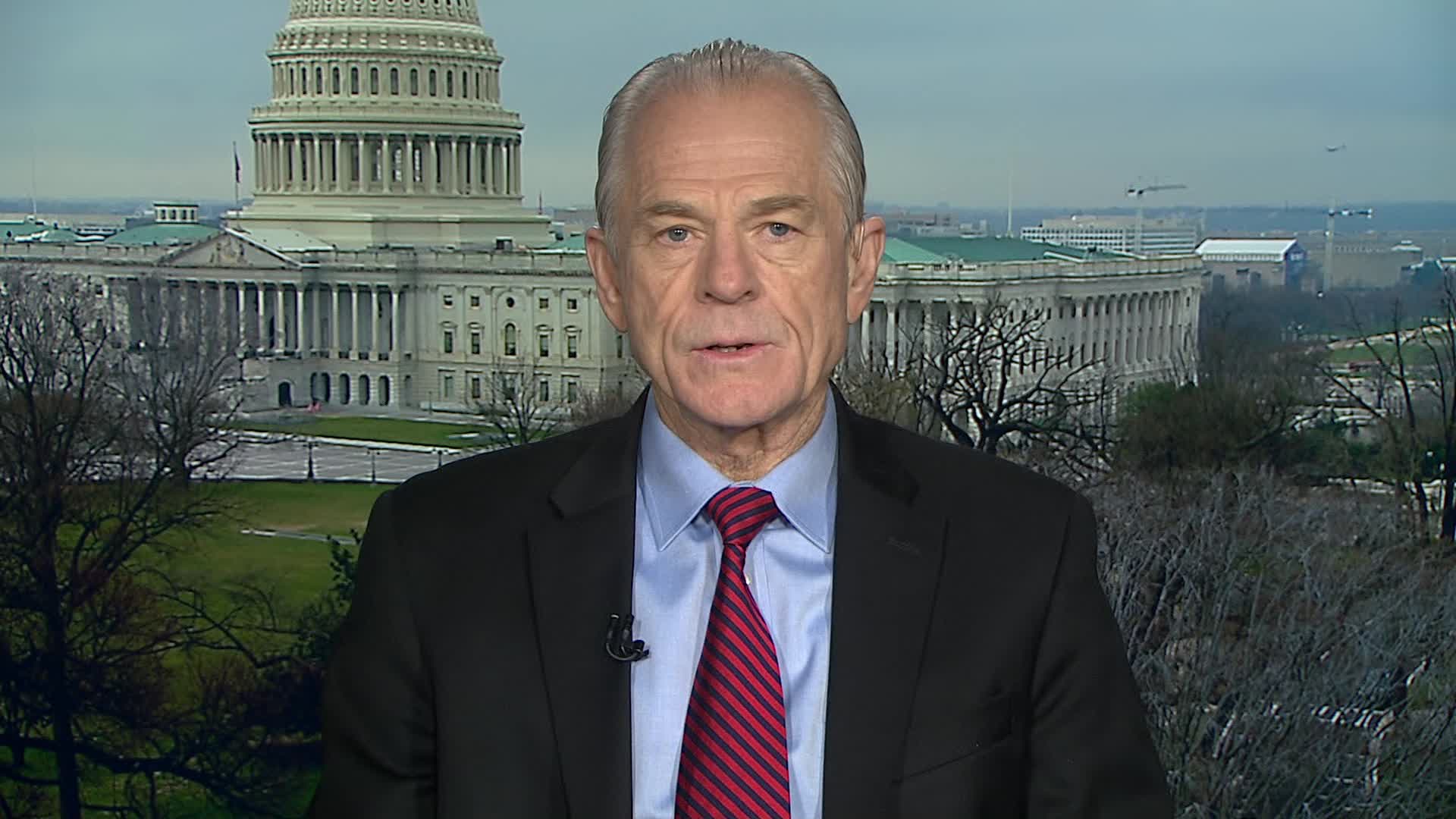 Navarro — in a Monday interview with Fox News — said that China’s complacency in reporting the spread of the coronavirus early on led to the breakdown of political and economic channels with the United States. At one point the interviewer described Trump’s efforts to make progress on the trade deal and asked Navarro, “Is that over?”

Navarro then answered, “It’s over,” before describing how China suppression of information about the coronavirus had become more widely known.

After various media reports quoted Navarro as saying that the China deal is “over,” stocks and the Chinese currency tumbled.

“My comments have been taken wildly out of context. They had nothing at all to do with the Phase I trade deal, which continues in place,” Navarro told CNN in a statement.

“I was simply speaking to the lack of trust we now have of the Chinese Communist Party after they lied about the origins of the China virus and foisted a pandemic upon the world.”

President Donald Trump also weighed in. He tweeted “The China Trade Deal is fully intact. Hopefully they will continue to live up to the terms of the Agreement!”

Dow futures briefly fell about 400 points after Navarro’s comments were reported, but soon reversed course on his new statement and Trump’s tweet. It last traded up 15 points, or 0.1%.

The Chinese yuan briefly dropped more than 300 points, or 0.5%, against the US dollar in offshore trading. It last traded at around 7.07 yuan per US dollar, down 0.2% from the previous session.

In onshore trading, the yuan was slightly weaker. One US dollar can buy 7.076 yuan.

The short market breakdown indicates that an escalation of US-China trade tensions is something that markets “most certainly” care about, Stephen Innes, chief global markets strategist at AxiCorp, wrote in a research note on Tuesday.

“Given the divide in the Whitehouse [sic] team… it won’t be the first time Trump’s trade bluster would have been walked back,” he said.

In oil trading, US crude futures dropped 0.5% to trade at $40.53 per barrel on Tuesday. Earlier in the morning, oil futures fell more than 2%. Brent crude futures, the global oil benchmark, lost 0.1% to $43.02 per barrel. They also briefly tumbled more than 2%.