Carmel dance studio to be featured on reality TV 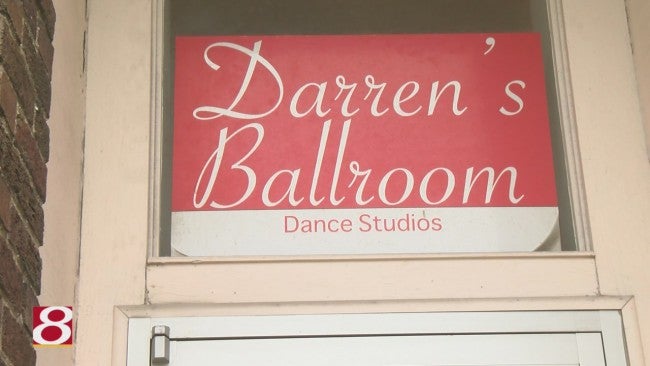 INDIANAPOLIS (WISH) — A local dance teacher and his students are on their way to becoming reality TV stars.

A ballroom dance studio in Carmel is set to be featured on a show called Dance Dreams.

Dance instructor Darren Leecupp has shared moments in the spotlight before with the likes of Madonna, when she performed here at the Super Bowl.

But now his studio and his students will be his co-stars.

But earlier this week the pair had a special audience.

“They shot our lessons, did some interviews with the students and the staff here,” Darren’s Ballroom Dance Studio owner Darren Leecupp said.

“It was also a little nerve wrecking having the cameras there,” student Julie Booth said.

Their lessons were filmed for a new reality cable TV show featuring the Carmel studio.

“The premise behind it is following adult students getting ready for showcase events, competitions and then how ballroom dance changes their lives,” Leecupp said.

Leecupp knew the show’s producer and was contacted a couple of weeks ago about the opportunity.

The network will be back for the next several weeks, following the dancers like Booth at rehearsal and competitions.

And Leecupp is happy to have his town get some screen time, too.

“It’ll be interesting in the area just to have cameras get to see Carmel and the arts district which is such a great area to begin with,” he said.

As an avid dance show viewer, Booth is definitely excited for her 15 minutes of fame.

“This was a good entry into wow I could actually have this version of Dancing with the Stars but here in Carmel, Indiana,” she said.

The Fox Life network will be filming in Carmel and even follow the students to a competition in April.

No date has been set for the show’s debut, but it’s expected to be distributed around the world.