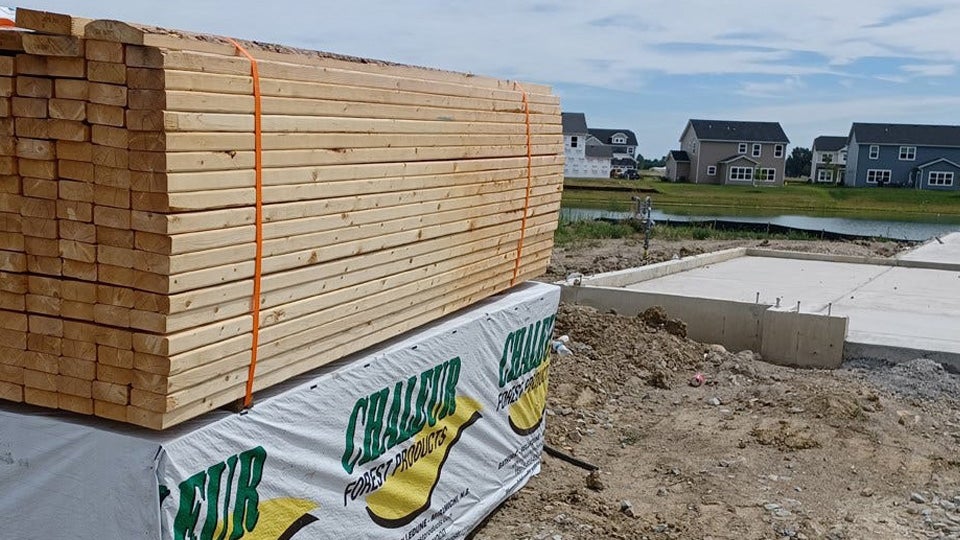 CARMEL (Inside INdiana Business) — Jeff Langston is a second-generation Indiana home builder with more than 20 years of experience, and he knows first-hand the frustration his customers are feeling from construction delays and rising material costs. He’s president and owner of Carmel-based Old Town Design Group and president of the Builders Association of Greater Indianapolis. BAGI has released its 2021 State of the Industry letter, which the organization hopes will give consumers insight into the current plight facing the industry.

In an interview with Inside INdiana Business, Langston said sourcing material is difficult to gauge.

“We’ve been at a standstill [on a house] for a month and a half because we can’t get windows. We’ve got clients homes where we’re all done, ready for mechanicals. But the HVAC contractor says three, four weeks out before they’re going to have the components necessary to finish the home,” explained Langston.

While much of the focus over the past 18 months has been on the surging costs of lumber, BAGI says all home building materials costs have increased dramatically during this same period, driving up the price of a newly constructed home by 15-20%.

“It is apparent that the pandemic has created an unprecedented demand for new residential construction and remodeling projects,” said Steve Lains, chief executive officer of BAGI “The increasing demand has created an exponentially growing need for all building products, along with the need of labor to manufacture and complete these projects.”

Lains says the shortages consumers are finding at retail stores and restaurants are similar to those in construction. They share the common bond of supply chain disruptions.

BAGI, which represents home builders, remodelers and suppliers, says during normal market conditions, there would be a five-week wait for windows. Now, there is a lead time of five months.

Cabinets can take as long as eight months, when it used to take three weeks.

Langston says the challenge is not only the ability to source materials and rising costs, but the inability to provide customers with a clear estimate of project completion.

What would have taken seven months is now planned for a full year.

“Most people are in this because we love creating something. So, the hardest thing for us as a builder is to have to tell our consumer, ’No, it just isn’t going to happen,’” said Langston.

Meanwhile BAGI says the number of building permits issued in September fell for the second straight month. Lains says the nine percent drop does not reflect any sort of weakness in homebuilding, as the nine-county area still holds a 28% increase over 2020.

“After a year and a half, we’re beginning to see the market return to a more normal demand,” said Lains. “However, our industry continues to feel the effects of the ongoing supply chain issues, which aids in the decrease of building activity.”

Through September 8,039 permits were issued in central Indiana, compared to 6,282 at this time last year.

Both Lains and Langton expect the challenges will continue into late 2022.

“It’s the weirdest time of where you should be the happiest being a builder, right? Because you have unprecedented demand,” said Langston, who adds it is tough to celebrate demand when facing eroding margins.

“You know, [losing] half a million dollars for the lumber that increase because I have a guaranteed contract, or my vendor. Same thing,” said Langston. “There’s a lot of vendors where like, ‘This should be one of the best years, but it’s not going to be one of the most profitable years.”

Lains says BAGI wants customers to understand the industry is doing what it can as it faces limited supplies and higher prices. He encourages anxious customers to remember two words: resilience and patience.