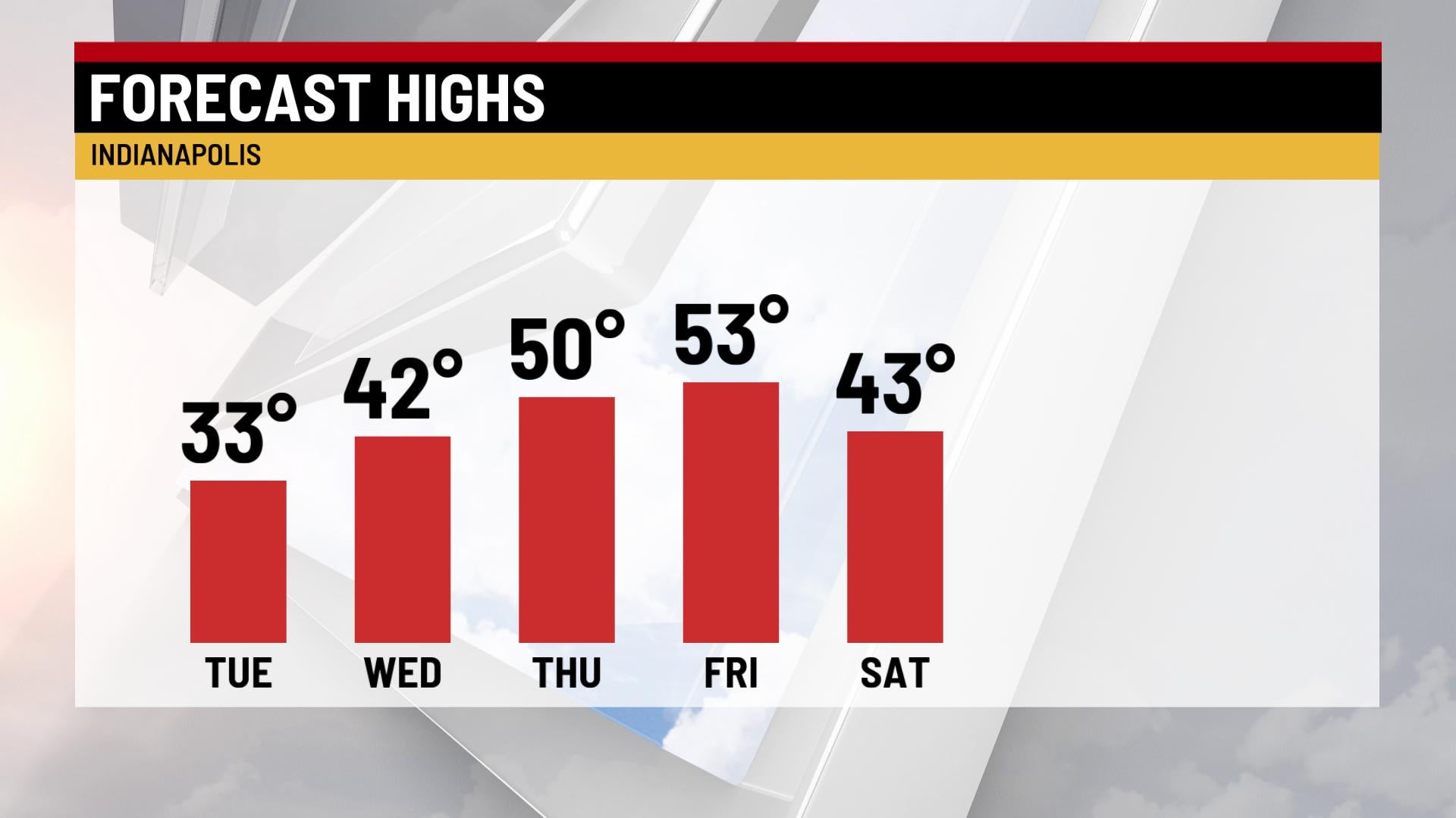 INDIANAPOLIS (WISH) — We’ll end the year with colder temperatures, but another surge of mild air moves in to open 2020.

An upper-level wave will squeeze out snow showers for the northern half of the state through the morning hours. Up to 1″ of accumulation is possible for far northern counties. Closer to the metro, a dusting at most is expected with the light snow moving through.

The second half of the day looks dry, with cloudy and breezy conditions. Highs top out in the lower 30s across the area.

No major weather issues for those out celebrating the New Year. Temperatures will hold in the upper 20s, and winds should ease up a bit into the late night overnight.

Quiet day on tap, with a mix of sun and clouds and slightly warmer temperatures. Highs top out in the lower to middle 40s.

A busy second half of the week is ahead. A big surge in both temperature and moisture. Highs boost to the lower 50s starting Thursday, followed by several precipitation chances starting Thursday night. Friday looks wet and mild, and Saturday provides a wintry mix chance as colder temperatures slide in. Back to near normal temperatures to start off the first full week of the year.