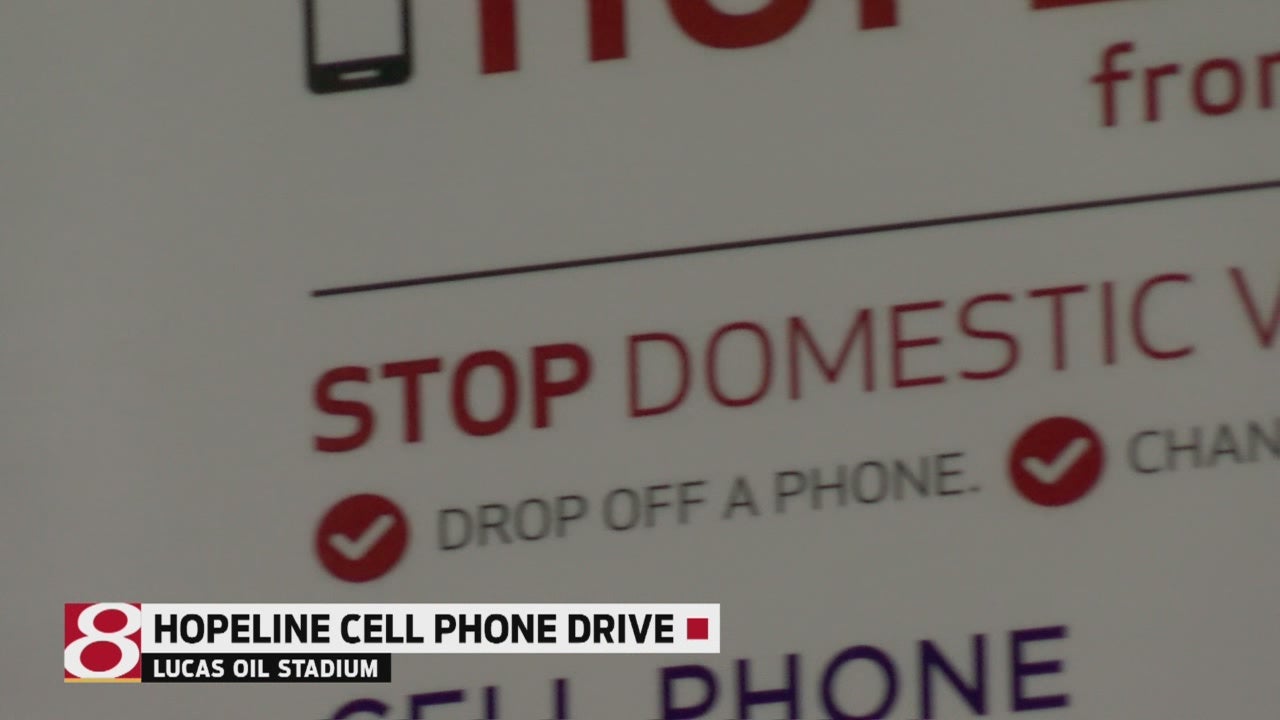 INDIANAPOLIS (WISH) — The Indianapolis Colts are combining football with a good cause on Sunday as they team up with Verizon Wireless and Coburn Place Safe Haven to help victims of domestic violence in the Second Annual HopeLine Cell Phone Drive.

Many people have old cell phones lying around, including in the junk drawer.  The cell phone donations during the drive can help victim’s of domestic violence.

During the Colts game against the New Orleans Saints, there will be donation boxes set up at each gate, and volunteers will be on hand to take donations of phones or cash.

“It’s important that we make this a community effort,” said Dwayne Allen, tight end for the Indianapolis Colts. “The donated old phones that take up space in your junk drawer, garage or basement, are re-purposed for cash grants to nonprofits such as Coburn Place. That simple act helps us serve scores of families with transitional and safe housing.”

Domestic violence victims at Coburn Place Safe Haven will receive new phones along with 3,000 minutes of cell and text messaging service, paid for with cash grants to nonprofits from the donated phones.

Coburn Place one of Indy’s largest providers of transitional housing. Last year, 65 adults and 112 children stayed at the shelter and 158 were on the waiting list.

“Coburn Place wouldn’t exist to offer safe and secure housing with access to meaningful resources without donations like these,” said Julia Kathary, president and executive director of Coburn Place.

The goal is to collect one million phones nationally.

To donate a used cell phone, stop by any gate at Lucas Oil Stadium on Sunday from 11 a.m. until 1 p.m.