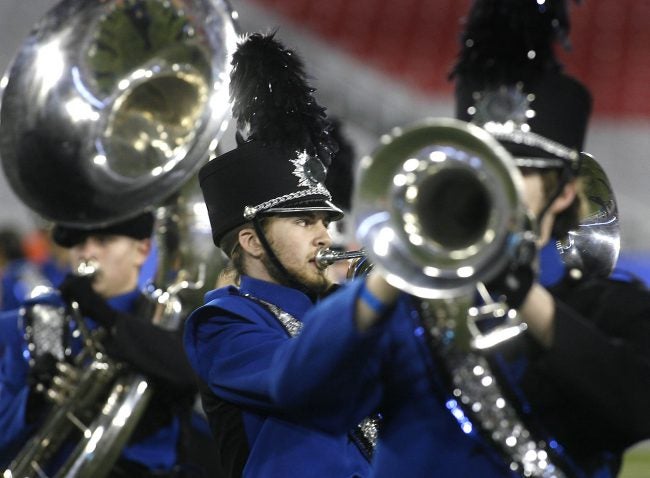 COLUMBUS, Ind. (WISH) — Vice President-elect Mike Pence will not be the only one representing Central Indiana in Washington on Inauguration Day.

The marching band from his alma mater, Columbus North High School, will perform in the inaugural parade.

“It’s thrilling. I can’t even begin to express the amount of excitement and rush that I’m getting from this,” said Sydney Thompson, a Columbus North junior. “It’s such an honor. It seems like it’s one in a million,” said Thompson.

“It’s cool to know that we are being able to be a part of history,” said Ciaran Hill, a Columbus North junior.

The band has been practicing for the big day every chance they get.

Hill is the band’s drum major. He’s been working to help other students get ready for the performance of their lives.

“It’s a daunting prospect to be in front of that many people and to have that public of a performance, but I think we’re an incredibly talented group,” said Hill.

While their connection to the next vice president of the United States may have gotten them noticed by the inaugural committee, the students say that wasn’t the only reason they landed the invitation to perform.

“It’s the caliber of our program that got us this far,” said Hill.

For these kids, the pressure of the national spotlight is nothing new, but they know the stakes are higher on Inauguration Day.

“Even the Rose Parade, as grand as that is — this feels like just another level up from that,” said Keith Burton, the band director.

When they first got the invitation, the students were worried they would not be able to afford the $125,000 trip. The school usually budgets for big trips and spends at least a year fundraising.

In just a few weeks, Burton said the community stepped up and donated enough money to make the trip possible.

“I think it’s awesome; just seeing the donations come in to let us go on this trip is incredible. It’s an amazing show of support from the community, showing how much they appreciate the work we actually do. We get to pay it back a little bit by giving this awesome performance in front of so many people, and representing our community,” said Hill.

Thompson said she could not thank the people who donated enough.

“There’s no better group to represent our school and our community. These kids are absolutely incredible,” said Burton.

Burton said about 160 students and 20 faculty and chaperones will make the trip to D.C. They will spend a portion of their trip visiting museums and sight-seeing.