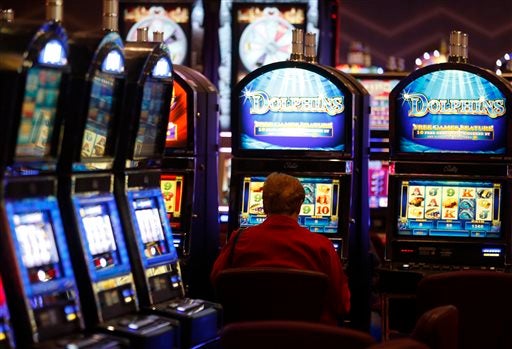 Racinos could have live dealers at table games and riverboat casinos could move their operations on land.

You can play blackjack at the racinos in Anderson and Shelbyville but the dealer appears on a video screen. The game is similar to the slot machines that dominate those gambling parlors.

It’s part of a bigger problem.

“Indiana’s gaming revenues have continued to decline each year for five consecutive years,” said Jim Brown of Centaur Gaming, “with the most dramatic occurring over the last two.”

It’s also why the author of the gambling bill wants to give riverboats permission to build on land.

“They pay anywhere from $3 to 5 million in marine personnel,” said Rep. Tom Dermody (R-LaPorte,) “for a boat that doesn’t move.”

“A land based casino would offer a more competitive experience,” said Tony Rodio of Tropicana Entertainment, “than we currently provide.”

Tropicana owns the riverboat in Evansville.

The only testimony against the bill came from owners of the riverboat in Rising Sun.

They believe live dealers at the racinos would hurt their business.

“And we’re a very small company,” said Dan Lee of Rising Star Casino. “We can’t fund the losses for very long and so I’m just here laying out the facts of where we stand.”

But if the gambling bill succeeds it will be because there’s a belief that the Indiana gambling industry is suffering.

“So this is an opportunity to say, hey, we want to do something like we would do,” said Rep. Dermody, “for any other industry or any other business in our state that was struggling.”

And lawmakers know that gambling taxes brought in dealers, real and virtual, are a critical element in the state budget.

Yet this debate takes place even while the governor is on record saying that he is opposed to any expansion of gambling.

Supporters say it’s not an expansion but the whole purpose of the bill is to get more people to come to Indiana casinos and place wagers.