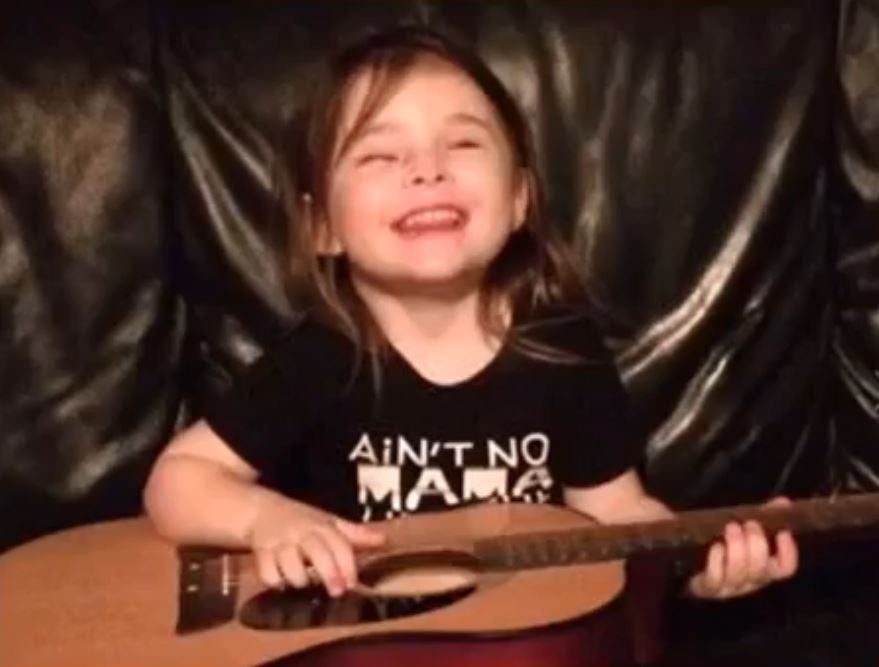 The prosthetics won’t help her see, but they will help her physically and emotionally.

Nearly $5,000 has already been raised but organizers hope for more.

Maddie Peters is just like any other three year old, but she was born without eyeballs.

“Once we met her, it was all over, it was all over, I mean my heart melted,” said Tim Folyer. He employs Maddie’s grandma at Curley’s Neighborhood Bar in Lafayette. She told him about how her granddaughter needed new prosthetics for her eyes but they were too expensive.

“Once we heard the story, my wife and I we said we got to do something about this and we are going to get the money for them,” said Folyer. They needed, the total number is $8,600.”

So, Folyer got his Pipe Hitters Union Motorcycle Club to help.

“We have ten brothers, two prospects in our club pounding the pavement selling raffle tickets for her,” said Folyer.

He said Maddie is pretty remarkable.

“She recognizes her family members by smell,” said Folyer.

Sometimes, her heightened senses cause her pain though.

“She can also tell when people are staring at her,” said Folyer.

She hears their whispers.

“Being called ugly by other kids and things like that,” said Folyer. “Hopefully with this procedure that we are fighting to get for her, it will help alleviate a lot of that.”

There are several ways you can donate or help at one of the upcoming fundraising events for Maddie:

2. Donate online through the Facebook page Seeing for Maddie.

4. The Pipe Hitters are also having a ride for Maddie on Sept 1st.