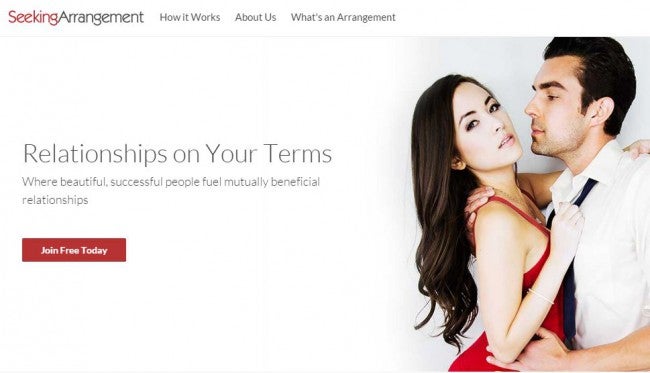 INDIANAPOLIS (WISH) – The cost of education has skyrocketed. It’s one reason why President Obama was in Indianapolis on Friday.

But some aren’t waiting for the government to step in.

SeekingArrangement.com says it pairs wealthy men with younger women for mutual relationships. They’re motto is: Relationships on your terms, but those terms are what people are questioning.

“Basically all I have to do is just hang out with them and that’s all it is. All you do is you just basically go hang out,” said Jaycie Roach, who’s been on the site since last May.

She’s a 19-year-old in the process of getting her cosmetology certification. She says her schooling costs $18,000, and she’s getting it for free because of people she met on the site.

The site boasts 3.6 million active members, pairing Sugar Babies, with Sugar Daddies and Mommas. The profiles have the users’ salary and net worth.

“They want someone to basically spoil because they’re tired of spoiling themselves,” said Roach.

SeekingArrangement.com says college students are its largest demographic. It also says IU ranks 7th on the list of Fastest Growing Sugar Baby schools from schools across the country. They say the numbers are growing every year.

“Most of the guys on there are wealthy businessmen,” said Brook Urick, a representative with the site. “Everyone comes to the relationship open and honest, describing exactly what they’re looking for. So it’s kind of a shortcut to dating, especially for people who are interested in this kind of lifestyle.”

Despite the money aspect they say it’s not prostitution.

“What’s different about this is the sugar babies aren’t being paid for anything. They’re not being paid for service or time. They’re seeking a relationship with a rich boyfriend,” said Urick.

Jaycie who says she’s not in a sexual relationship has a slightly different answer.

“I wouldn’t consider it prostitution because you are in a relationship with that person,” said Roach.

The Attorney General’s office says they haven’t had any complaints about this site.

The site also says they use internal mechanisms to screen activity to safeguard members from prostitution.