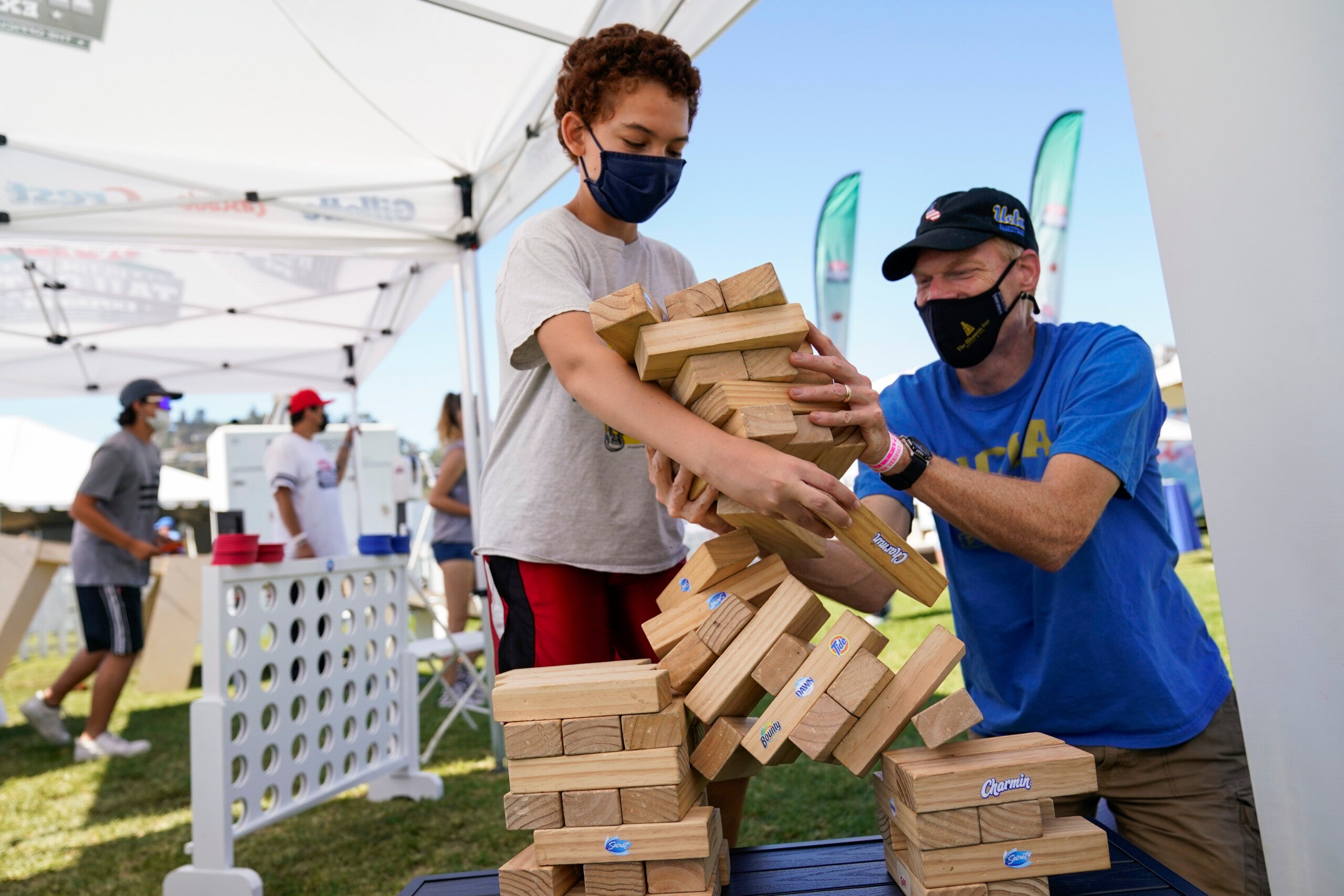 LOS ANGELES (AP) — California has the lowest coronavirus transmission rate of any state following a sharp decline in cases and hospitalizations after a summer surge.

The nation’s most populous state is the only one experiencing “substantial” coronavirus transmission, the second-highest level on the U.S. Centers for Disease Control and Prevention’s color-coded map. So is Puerto Rico. In all other U.S. states, virus transmission is labeled as “high,” defined as 100 or more cases per 100,000 people in the last week.

State health experts say relatively high vaccination rates in California ahead of the arrival of the delta variant made a difference, and additional measures, such as masking, also helped stem the surge. Nearly 70% of eligible Californians are fully vaccinated, and another 8% have received their first shot, state data shows.

“The overall secret to California has been the vaccination rates were high enough that we started off in an OK place,” said Dr. Kirsten Bibbins-Domingo, a professor of epidemiology at University of California, San Francisco’s medical school. “We just never reached the height we saw in Florida, for example, because it’s against the backdrop of fairly high vaccination rates.”

California has been seeing coronavirus cases and hospitalizations decline following a summer increase in cases with the arrival of the delta variant. In the past two weeks daily new cases are down by more than 4,000, a decrease of 32%, while hospitalizations have dropped by 22% to just over 6,000.

The summer surge occurred after California lifted many limits on businesses in June. It followed a much more severe winter surge when officials shuttered shops and schools in the state of nearly 40 million. During that time, sick patients packed many hospitals, and thousands died every week.

California’s death toll is now more than 68,000, tops in the nation, but the per-capita rate is lower than more than the half the states.

The severity of last winter may have helped temper this most recent surge in California, said Andrew Noymer, a public health professor at University of California, Irvine.

“It’s a combination of immunity from vaccination and from the huge winter wave that we had,” he said.

Los Angeles County, which is home to one in four of the state’s residents and has some of the state’s strictest virus mandates, reported a 1.2% positivity rate on Monday.

In neighboring Orange County, which has looser restrictions than LA, coronavirus cases, positivity rates and hospitalizations have also declined in recent weeks, said Dr. Regina Chinsio-Kwong, the county’s deputy health director. She said she believes vaccinations made a difference, noting the recent surge was initially detected in the county’s coastal areas and other places with lower vaccination rates.

“In terms of case rates and hospitalizations, everything is downward trending,” she said, adding the county’s positivity rate was down to 3.7% from 6.8% in late August. “We are starting to get out of this surge, which is good.”