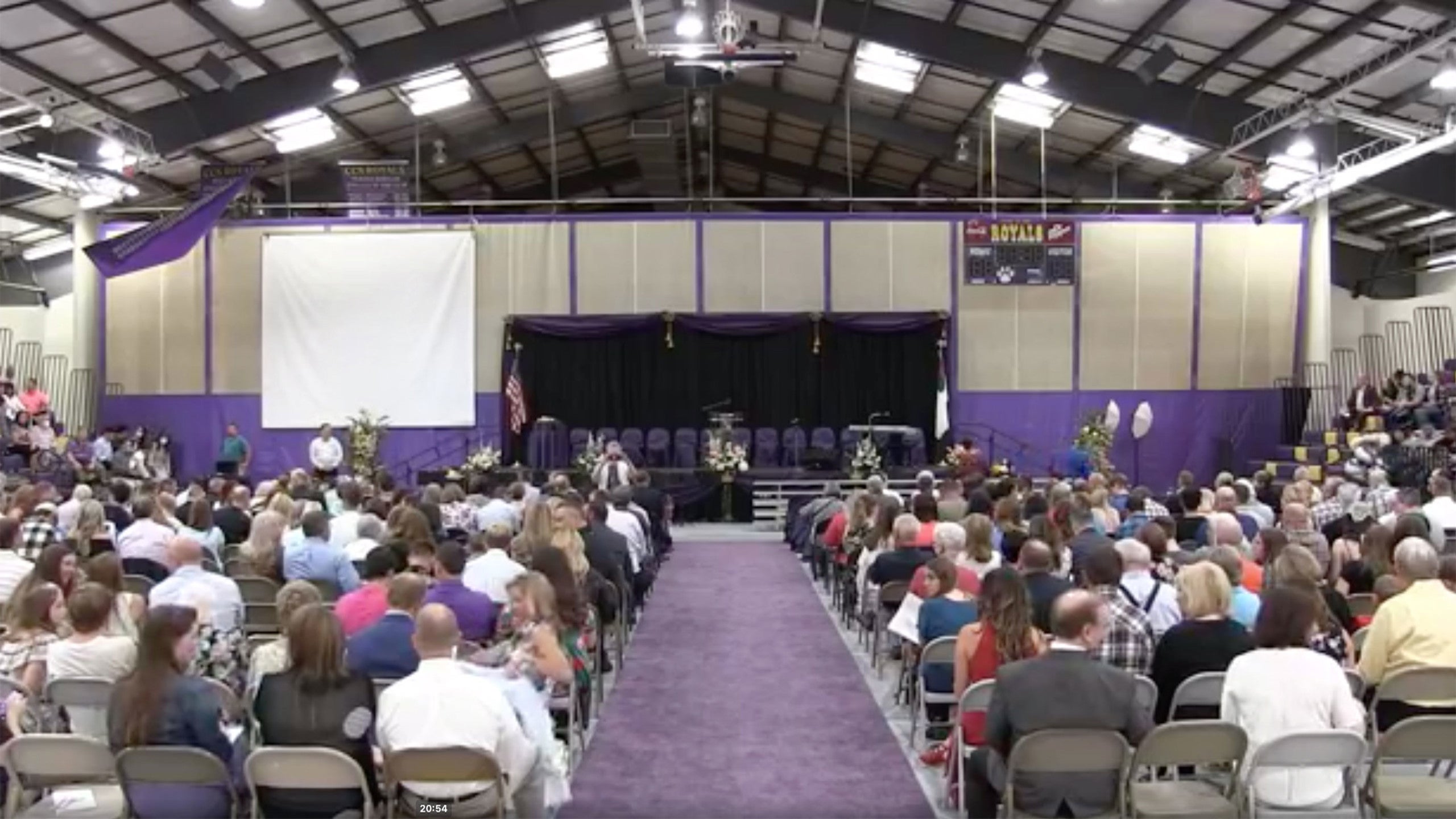 (CNN) — Many schools have moved their graduation ceremonies online due to the ongoing coronavirus pandemic. But not all. For one Oklahoma high school’s graduation, it was almost business as usual.

The Community Christian School in Norman, Oklahoma, held an in-person graduation ceremony on Saturday, with graduates walking on the stage while hundreds of family and friends sat shoulder-to-shoulder cheering them on.

Despite the graduation being livestreamed on the school’s Facebook page, around 300 people packed the seats laid out in the school’s activity center, which has an overall capacity to hold about 2,500, according to CNN affiliate KFOR. Each of the 60 graduates were given 12 tickets for their family and friends to attend, the affiliate said. The livestream has since been removed from Facebook.

“People wore masks but not everybody was required to wear masks, obviously, but people did wear masks,” Matt Cox, the school’s assistant administrator told KFOR. Attendees’ temperatures were also taken at the door and they were allowed to sit where they felt comfortable.

The school decided to proceed with its in-person commencement after it was approved by the city, Barbara Ohsfeldt, the school’s principal, told CNN in an email.

Annahlyse Meyer, spokeswoman for the city of Norman, told CNN that she wouldn’t call what the city gave the school as “permission,” but rather “acknowledgement” that the city did not have jurisdiction to regulate the school’s graduation ceremony.

The state allowing churches to reopen beginning May 1 also played a part in the decision, Cox said.

“Churches are allowed to be open and we definitely shared the gospel (during the commencement),” Cox told KFOR, describing it as a “church service type event.”

The school says on its website it doesn’t subscribe to any singular doctrinal statement of any church or denomination, rather aiming to “teach from a biblical worldview and develop well-rounded followers of Christ.”

City Manager Darrel Pyle told CNN that while that may be true — the school’s graduation ceremony falls under the same regulations as a church service — he was “disappointed to learn through social media” that the event failed to adhere to the city’s social distancing requirements. Pyle also said the city isn’t granting one-off approvals.

CNN has reached out to the school regarding the city’s comments, but have not heard back.

Norman’s Healthier at Home plan, currently in Phase 1B, advises residents to limit group sizes to 10 people or less, stay at home if over the age of 65, wear face coverings while outside the home and maintain physical distancing.

Oklahoma has had 5,489 cases as of Tuesday afternoon and 293 deaths, according to Johns Hopkins University’s tally of cases in the United States.