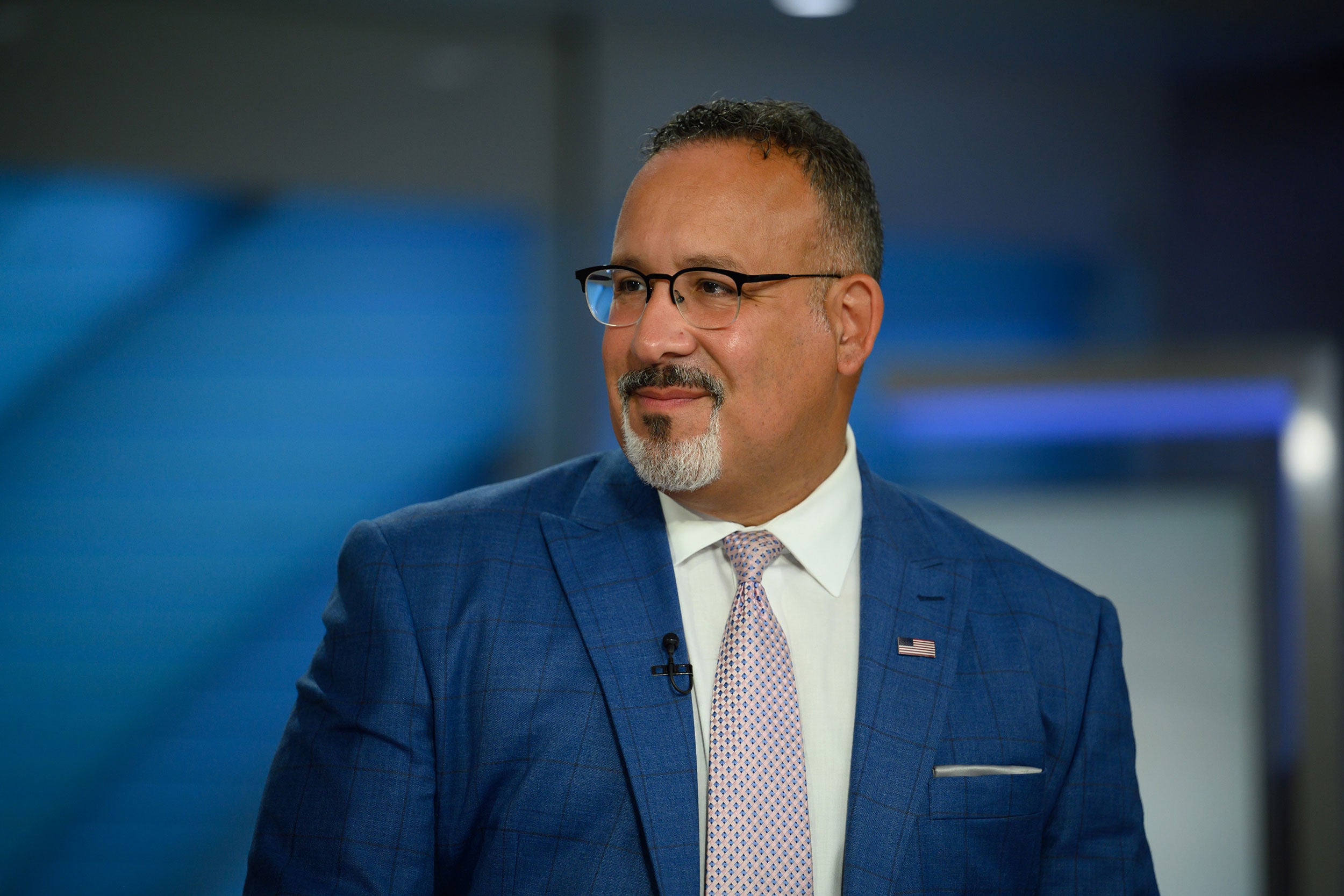 (CNN) — The Department of Education on Thursday repaid a group of Florida school board members whose salaries were withheld for implementing mask mandates in defiance of Republican Gov. Ron DeSantis’ executive order that parents, not school officials, must decide how to protect their children in the pandemic.

The Alachua County School Board, one of the school districts with mask requirements, was awarded $147,719 in grants under the Project to Support America’s Families and Educators (Project SAFE) grant program, the Education Department announced. The school board is the first to receive the award under the program that was created to help school districts facing financial penalties by implementing “strategies to prevent the spread of COVID-19 consistent with the Centers for Disease Control and Prevention guidance” such as masking, according to the department.

“We should be thanking districts for using proven strategies that will keep schools open and safe, not punishing them. We stand with the dedicated educators in Alachua and across the country doing the right thing to protect their school communities,” Education Secretary Miguel Cardona said in a statement issued Thursday. “With these grants, we’re making sure schools and communities across the country that are committed to safely returning to in-person learning know that we have their backs. I commend Alachua for protecting its students and educators, and I look forward to working with them to provide students their best year yet.”

“We very much appreciate the support of the President and the US Department of Education. So thank you Mr. Secretary,” Simon said in a video posted on Twitter by Cardona that was retweeted.

Richard Corcoran, Florida’s education commissioner, announced last month that the Florida Department of Education had begun withholding salaries of board members at the Alachua and Broward County school districts over mask requirements.

“We’re going to fight to protect parent’s rights to make health care decisions for their children. They know what is best for their children,” Corcoran said in a statement at the time. “What’s unacceptable is the politicians who have raised their right hands and pledged, under oath, to uphold the Constitution but are not doing so. Simply said, elected officials cannot pick and choose what laws they want to follow.”

In July, DeSantis issued an executive order requiring Florida’s health and education departments to create rules based on parents’ rights to make the health care decisions for their children who are students. Several lawsuits have since been filed challenging the constitutionality of the executive order.

A Florida district court ruled earlier this month that DeSantis’ ban on mask mandates could stand. The governor had filed an emergency appeal after a judge ruled that the state must stop its enforcement of a mask ban.

The civil rights enforcement arm of the US Department of Education said it is opening an investigation into whether the Florida education department “may be preventing school districts in the state from considering or meeting the needs of students with disabilities” with the mask mandate ban.