They bought a $1 house in Italy, then Covid-19 struck 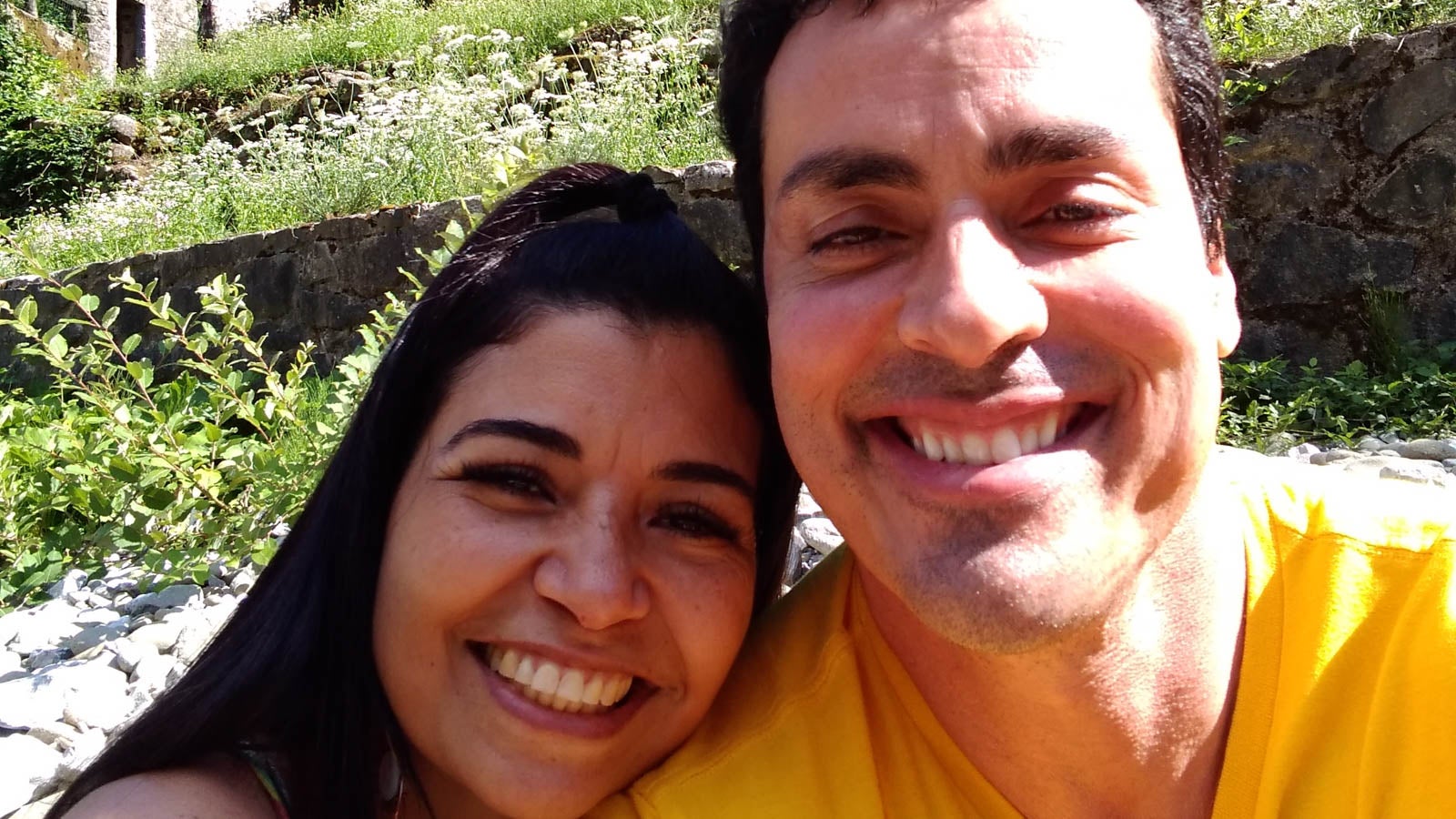 (CNN) — When Italian towns began offering houses for sale for little more than $1, they inspired legions of dreamers to take a gamble on moving to a remote corner of Italy.

Although spending a few thousand dollars extra on renovating the property was usually part of the deal, it was sweetened by the prospect of a new life in an idyllic spot in a beautiful country.

And then the coronavirus struck, plunging the world into crisis, with Italy among the worst affected countries.

So what happens when you’re quarantined in a crumbling home in a remote village where you barely speak the language and can’t get home to your loved ones? Does life quickly become a nightmare?

Perhaps surprisingly given the hardships that followed, the answer seems to be no.

CNN spoke to a few people who bought some of the Italian homes being offered cheaply by towns wanting to reverse declining population trends.

We found them feeling upbeat and eager to complete their property remodeling and make their Italian dream come true.

Despite the unexpected turn of events, it seems being stuck in Italy hasn’t been such a negative experience after all.

And the virus crisis has made them appreciate even more the beauty of Italy’s rural villages — so much so that some are looking to invest in more cheap properties.

Miami-based artist Alvaro Solorzano is currently stuck in Mussomeli, a picturesque town in the southern island of Sicily where last year he purchased two cheap properties — one of them costing just one euro, or a little over a dollar.

In March he arrived with his wife, son and son’s girlfriend to start renovating the houses. The other three headed back to Miami and Solorzano was due to follow them a couple of weeks later, but then his flight was canceled.

“I lost track of time. We came here together and I ended up living the quarantine in Mussomeli all by myself, without any furniture just a bed and TV, and nobody to talk to,” he tells CNN. “That was the hardest thing. Had my wife or son been with me, it would have been different.”

Solorzano had been staying in a B&B, but when this closed because of Covid-19 restrictions, he was forced to move into the less dilapidated of his two properties, which was just about habitable.

Since then, he’s been killing time by watching TV, learning Italian, going to the supermarket (“the nicest part of the day”) and talking on the phone with his family. Little by little, he’s been making the most out of the situation by repairing and painting the walls of the house.

“I did little things but it helped me use time, so when my son and his girlfriend come back their home will be ready,” he says. “Luckily the hardware store in town has always been open and I’m so glad we bought two properties and not just the one euro house as it has no water nor electricity.”

Despite an initial hardship, he says his new neighbors helped him throughout the ordeal.

“The first two nights were terrible,” he says. “It was cold, I slept with my jacket on top of my pajamas but then the neighbors were great. I can’t complain. They gave me heaters and even offered blankets, which I had, but I could use their internet.”

“They kept checking in on me, brought me tons of food for Easter which took me three days to eat. I don’t know what I would have done without them.”

Mussomeli, surrounded by honeysuckle and eucalyptus trees, boasts one of Italy’s most breathtaking fortresses, known as the Enchanted Castle, which clings like a spider on a pointed rock.

The town’s name means “Hill of Honey” in Latin.

But to Solorzano the sweetest attractions of the place are its welcoming residents.

“They’re wonderful, I know everyone by name,” he says. “There’s Mario, the guy who delivers the bread. I’ve got no words to describe how grateful I am of having them and don’t know how I could ever repay them for all they did.”

Initially tough restrictions have now eased in Italy, allowing him to walk around, but at first it was hard, he admits, as there was nothing to do. “It was terrible, just staying at home, I felt like being in jail sometimes.”

Now he relishes being able to chat to locals and stroll to Mussomeli’s viewpoint, where he can sit on a bench and enjoy fresh air and mountain panoramas.

As a painter, Solorzano says he would’ve loved doing some artwork, but due to the lockdown he couldn’t find a pallet or a canvas.

“I’m working hard to try to get back home, but a flight which I recently booked has also been canceled so I really don’t know when I will return to the States,” he says. “I want to be back before Father’s Day in June. I’ve already missed so many festivities I could have celebrated with my family.”

Solorzano’s Sicilian quarantine has made him love Mussomeli even more. The ordeal, instead of having killed enthusiasm for his one euro house adventure, has fueled a desire to purchase a third abandoned building.

“I love this town and the people, even if they don’t know you, they help you out. It’s like being in another world. You don’t get this in the States”.

Brazilian businessman Douglas Roque is another dilapidated home purchaser whose enthusiasm for starting a new life has been undimmed by coronavirus.

Roque was in Fabbriche di Vergemoli, Tuscany, overseeing the renovation of a one euro farm dwelling when lockdown struck and his flight back home was canceled.

Together with his Brazilian-Italian friend Alberto Da Lio, both from Sao Paulo, the two were also in town to oversee the potential purchase of an entire abandoned area for other Brazilian buyers.

Had they not been able to stay at Da Lio’s family house near Venice, with hotels in Vergemoli shut and the abandoned dwelling totally uninhabitable, they would have had nowhere to go, says Roque.

Fabbriche di Vergemoli is a cluster of hamlets scattered in the UNESCO-listed protected forest of the Apuan Alps. The area is dotted with ruins of abandoned miners’ dwellings overrun by vegetation. Many areas can be reached only by foot.

Roque’s dilapidated three-story farm, which comes with a chestnut cellar and forgotten old wine barrels, is located in the neighborhood of Dogana, where a pristine stream runs below an ancient, picturesque bridge.

“I was about to start the restyle and then everything was blocked,” says Roque. “It was terrible, our return flight was canceled and we had issues with the Brazilian consulate.

“I came here in February to pursue the renovation of my house, all the paperwork was done, I was ready to go but couldn’t move on with it. And my family is in Brazil, where virus cases have been increasing. I’m worried for them and they’re worried for me.”

The two friends also had to deal with the consequences of a prolonged stay: the hassle of credit card monthly limits and seasonal clothing changes as they arrived in winter and it is now almost spring (luckily, they found some lighter gafrments at Da Lio’s).

While he waits for global air traffic to resume, Roque’s anxious to set foot again in Vergemoli as soon as Italian authorities lift restrictions on moving between regions — a move expected in early June.

“All this time I’ve been trying to work on my project online, contacting construction companies and liaising with other Brazilian buyers, friends and relatives interested in buying property in Vergemoli but who can’t travel now. I hope to finalize everything soon.”

Roque says he picked Vergemoli of all places in Italy to buy a one euro house because, despite all that’s happened, it remains a dream destination.

“Tuscany is a marvelous region and major historical and artistic cities are nearby. It’s the perfect spot.”