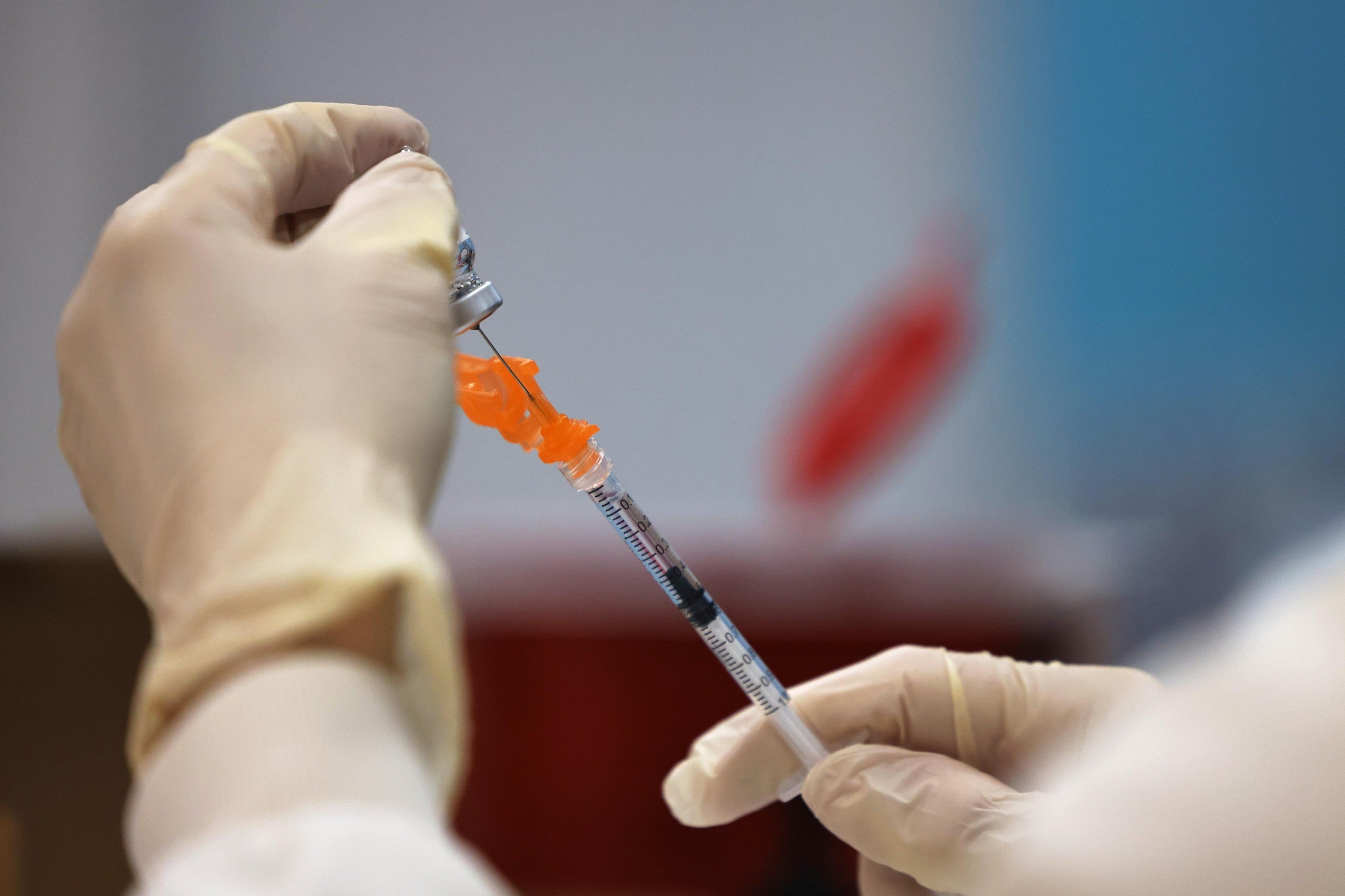 (CNN) — The White House said Tuesday that the recommended pause in the use of the Johnson & Johnson vaccine would “not have a significant impact on our vaccination plan” to administer 200 million shots by the end of April, even as new questions mount about how the move could affect the willingness of Americans to receive shots.

“Johnson & Johnson vaccine makes up less than 5 percent of the recorded shots in arms in the United States to date,” White House Covid-19 coordinator Jeff Zients said in a statement. “Based on actions taken by the President earlier this year, the United States has secured enough Pfizer and Moderna doses for 300 million Americans. Over the last few weeks, we have made available more than 25 million doses of Pfizer and Moderna each week, and in fact this week we will make available 28 million doses of these vaccines.”

The early morning announcement from the Food and Drug Administration and the US Centers for Disease Control and Prevention that they were pausing use of the J&J vaccine triggered a scramble in states that were preparing to administer it. All federal health channels — mass vaccination sites, community health centers and other facilities — that were previously administering the Johnson & Johnson vaccine will immediately stop for the time being, according to a federal health official.

The agencies are recommending that states do the same, though the individual health officials in those locations will make the ultimate decision because they are given a separate allocation of doses.

The FDA and CDC said that six women who received the shot, out of 6.8 million doses administered, experienced a rare and severe type of blood clot. The pause happened because this type of blood clot is not listed on the list of potential adverse side effects that were part of the emergency use authorization for Johnson & Johnson. While officials are stressing it is rare, they want health care providers to have time to understand what potential side effects are and how to best treat them.

In his statement, Zients said the White House was “working now with our state and federal partners to get anyone scheduled for a J&J vaccine quickly rescheduled for a Pfizer or Moderna vaccine.”

White House economic adviser Jared Bernstein said Tuesday the administration is taking it “extremely seriously” and largely declined to forecast what the pause means for reopening the economy.

“I’ve already heard that the White House medical team is poring over these data, looking into it, taking this extremely seriously. But it would be unwise for me to lean any further into that until we hear from them,” he said during an appearance on CNBC.

While federal officials are stressing the blot clot issue in question is exceedingly rare, they want health care providers to have time to understand what the potential side effects of the vaccine are and how to best treat them.

For months, federal health officials have expressed concerns at the large number of Americans who appear hesitant to receive a shot. Concerns about health complications, even if highly unlikely, could prompt more Americans to refuse vaccines. A similar risk associated with a vaccine produced by AstraZeneca, which is not authorized for use in the United States, has caused hesitancy concerns in Europe.

A major public messaging campaign designed to combat hesitancy in key demographic groups — including people of color, conservatives and young Americans — launched late last month. But officials have still voiced concern that large swaths of the country may decline to be vaccinated.

The CDC and FDA came to a decision late last night to pause use of the vaccine, a federal health official said. The two agencies were scheduled to conduct a press call at 10 a.m. ET on Tuesday to answer more questions about the development.

“This whole thing developed late last night, and it was decided that Dr. (Anne) Schuchat would talk to the media and Dr. (Rochelle) Walensky would talk to the governors this morning. They’re trying to communicate this as quickly as possible, and so there was a division of labor,” one federal official said, referring to the top two officials in the CDC.

Health and Human Services Secretary Xavier Becerra was made aware of the CDC and FDA’s decision to temporarily pause the use of Johnson & Johnson’s Covid-19 vaccine Monday night, a HHS official said.

“We will wait for the FDA to review, make a decision and we’ll go from there,” the official said.

According to one state official, their state did not receive a heads up the federal government would be recommending pausing the vaccine. This official, who spoke on the condition of anonymity given the sensitivity of the topic, said they were in conversations seeking more information from the federal government on the development, which the official said would hurt their efforts to combat vaccine hesitancy.

“You have no idea how this is going to impact vaccine hesitancy,” the official said. “Following this you cannot blame any states for hesitancy issues.”

A separate official from a northeast state said they were also given no heads up, and were surprised when they learned the news.

“If you want to ramp up vaccine hesitancy — this is exactly how you do it,” the official bemoaned, adding that governors will be on a call with Zients Tuesday morning and that states need answers.

This official, who also spoke on the condition of anonymity, said their state had just loaded all of their mobile units with Johnson & Johnson’s vaccine and were scrambling to figure out how to handle the situation.

The US has purchased a combined 600 million doses of the Pfizer and Moderna vaccines, enough to vaccinate 300 million people. But the administration had also been relying on Johnson & Johnson’s product, which requires only a single shot and can be stored at a lower temperature than the other two approved products, to vaccinate harder-to-reach populations.

On Monday, before the pause was decided upon and announced, White House officials told reporters that the US would still be on track to reach its Covid-19 vaccination targets even without additional doses from Johnson & Johnson’s vaccine. Andy Slavitt, the White House’s senior adviser for Covid-19 response, said that there had been 90 million doses of Covid-19 vaccine delivered in the last three weeks “and you can expect even without additional doses from Johnson & Johnson for us to be somewhere in that neighborhood.”

“If you do the math, there is plenty of supply to continue to vaccinate Americans at 3 million per day, and then some. That’s not to mention the fact that there are many doses that have already been distributed into states,” Slavitt said. “I think we’re in the fortunate position, we have to remind ourselves, where we have three vaccines approved that are very effective vaccines, but we are also importantly not dependent upon this.”