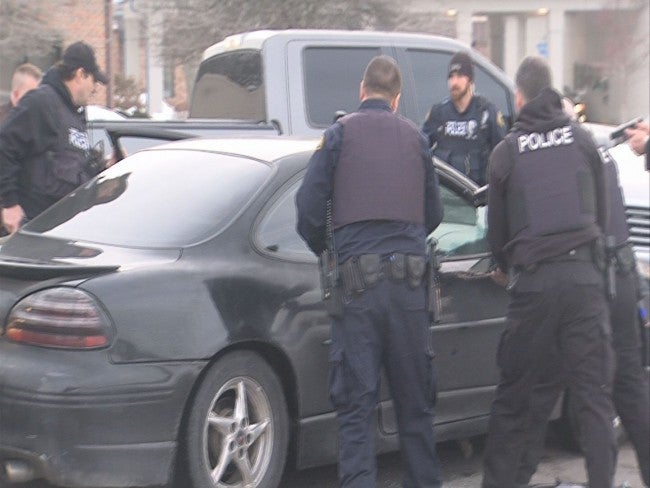 TERRE HAUTE, Ind. (WTHI) – The autopsy for the suspect involved in the pursuit and shooting at 25th and Poplar Wednesday evening was completed Thursday at Regional Hospital.

The Vigo County Coroner confirms Alexander Long, 31, of Terre Haute died of a single gunshot wound to the chest. It was also reported the deployed Taser did make contact with the Long’s skin but only caused a superficial wound.

Just before 5:30 p.m. on Wednesday, multiple law enforcement agencies were involved in a short pursuit that ended with an officer involved shooting near 25th and Poplar. The suspect was pronounced dead at 6 p.m.

The suspect was identified as Alexander Long who was wanted on a rape warrant out of Vigo County. The warrant charged the suspect with two counts of rape, one count of criminal confinement, and one count of domestic battery.

In an interview with WISH-TV sister station WTHI News, Indiana State Police Sgt. Joe Watts explained the events. He stated the suspect fled the area after being located near 25th and Poplar. After the pursuit officers were attempting to ‘box in the suspect vehicle with police vehicles’ when the suspect began ramming police vehicles.

“Officers attempted to gain access to the vehicle while demanding the suspect stop attempting to flee,” Watts stated. “Officers broke out the side windows as the suspect refused repeated commands to stop and surrender and attempted to move forward and backwards with the Pontiac, again striking police vehicles.”

After a Taser device was deployed with no effect it was believed the suspect made an aggressive and threatening move with his hands inside the vehicle which caused a veteran Terre Haute Police officer to shoot once at the suspect.

The suspect was transported to Union Hospital where he was pronounced dead shortly after 6 p.m.

More information will be released once the autopsy has been completed.