‘Countdown to Kickoff’ expands to 60 minutes 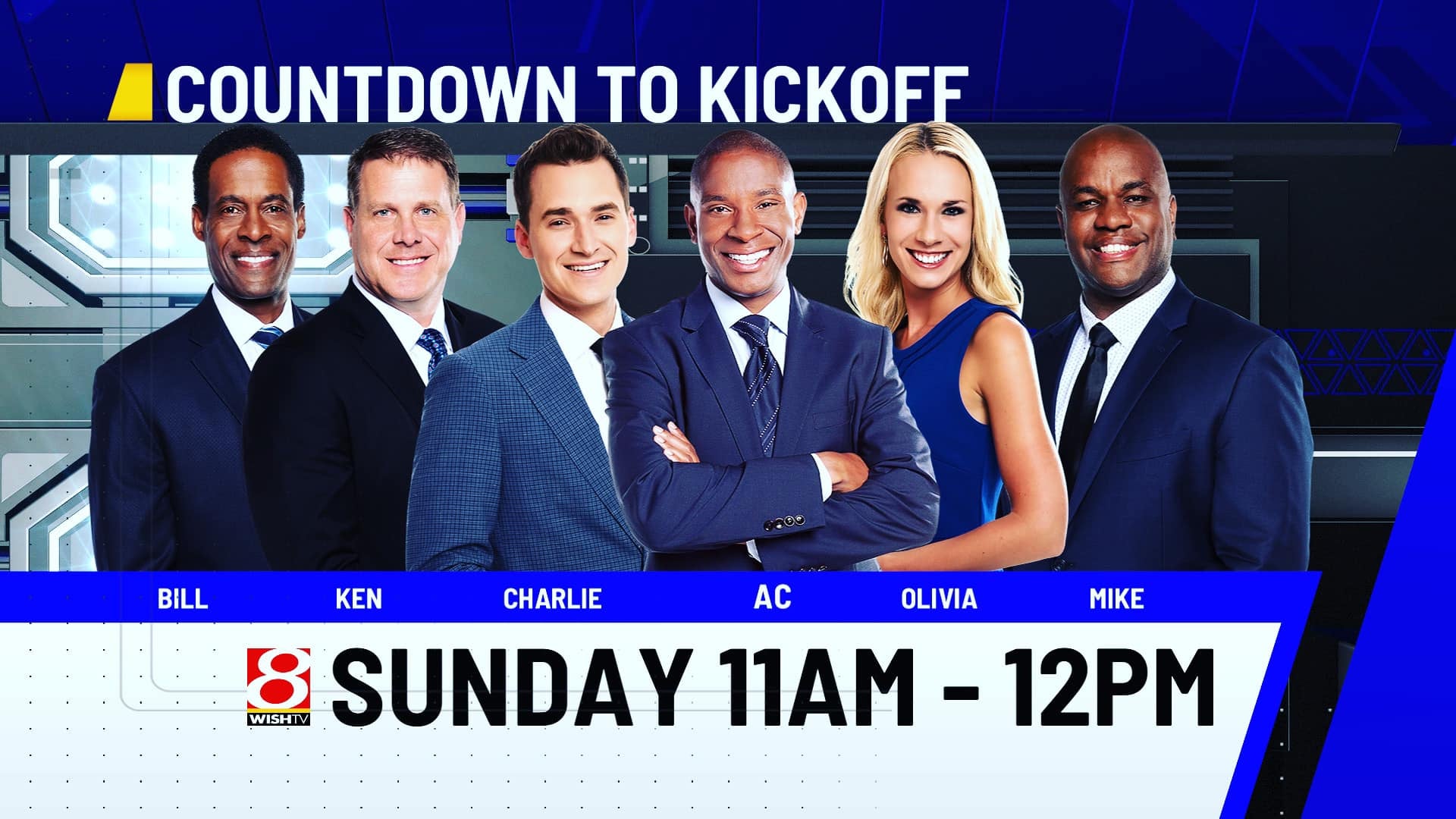 INDIANAPOLIS (WISH) — Randy Ingram, Vice President and General Manager of WISH-TV announced today that the station is expanding Countdown to Kickoff, its weekly Colts pre-game show, to one hour beginning this Sunday, October 27, 2019, at 11:00 a.m.

“WISH-TV’s expanded team coverage will kick-off Sundays a half-hour earlier for Colts fans,” said Ingram. “As the Colts lead their division, WISH-TV continues to lead the way in providing viewers the best coverage of our hometown team with Countdown to Kickoff, Indiana’s only one-hour Colts pre-game show.”

WISH-TV’s team of Colts experts provides fans unmatched insight on the buzz surrounding each week’s match-up, as well as the inside scoop on who’s in and who’s out in the moments leading up to kickoff. Starting Sundays at 11:00 a.m., Countdown to Kickoff will now get fans ready even earlier as the first Colts pre-game show of the day.

WISH-TV, one of the highest rated news organizations in Indiana, produces more than 75 hours per week of news and original programming, more than any other television station in the state and among the most of any station in the country.