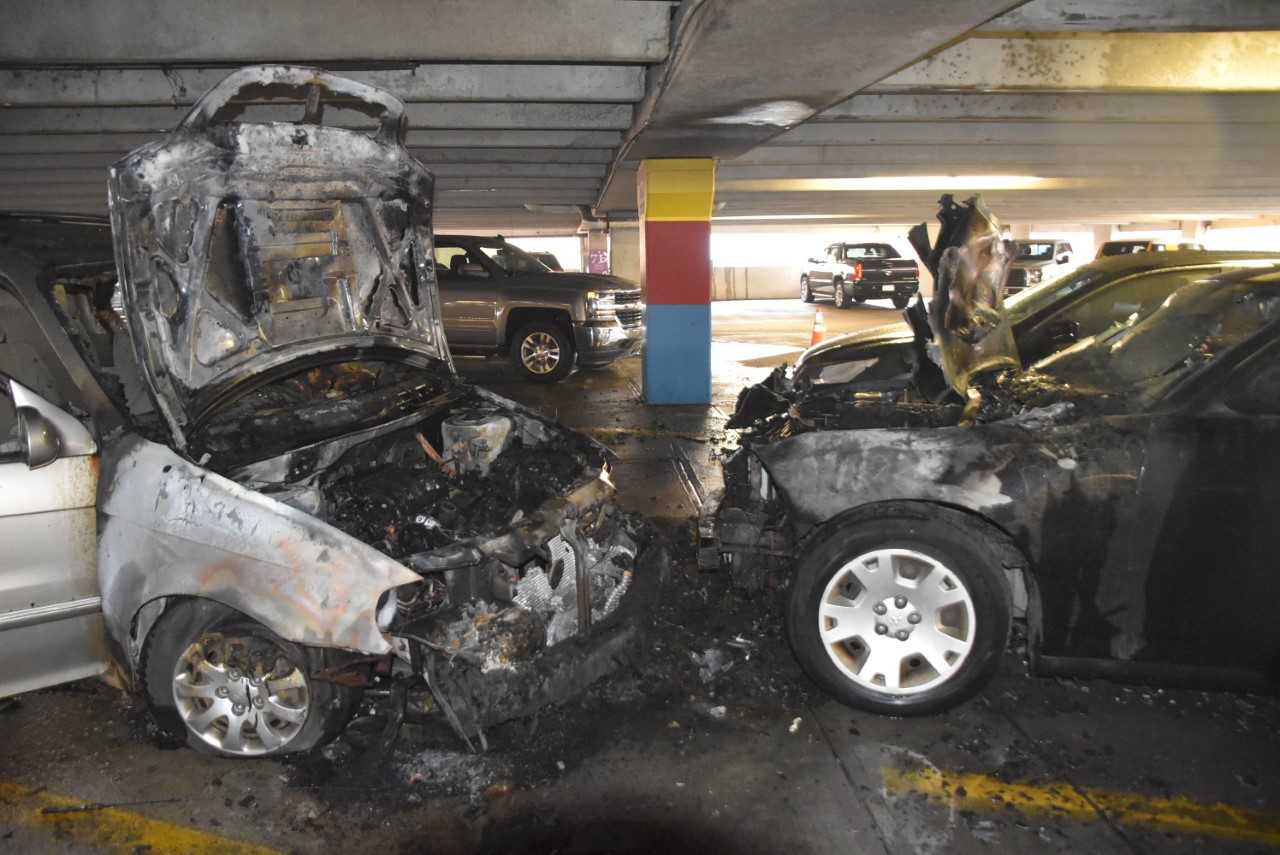 According to the Indianapolis Fire Department, crews were dispatched to the fourth floor of the World of Wonders parking garage in the 100 block of South Illinois Street just before 9:30 a.m.

After arriving on scene, two vehicles – a 2005 tan Kia Van and a black Dodge Charger – were found on fire.

IFD says its believed the fire started in the Kia and then spread to the Charger.

The fire was under control just before 9:45 a.m.

As a result of fighting the fire, the Noodles and Company restaurant located on the first level of the mall and the Dick’s Last Resort, both sustained flooding.

IFD believes a weakening or small break in a standalone pipe allowed water to flow in the establishments after firefighting operations got underway.

The fire remains under investigation.