2 IMPD officers, 2 others hurt in 4-car crash on north side 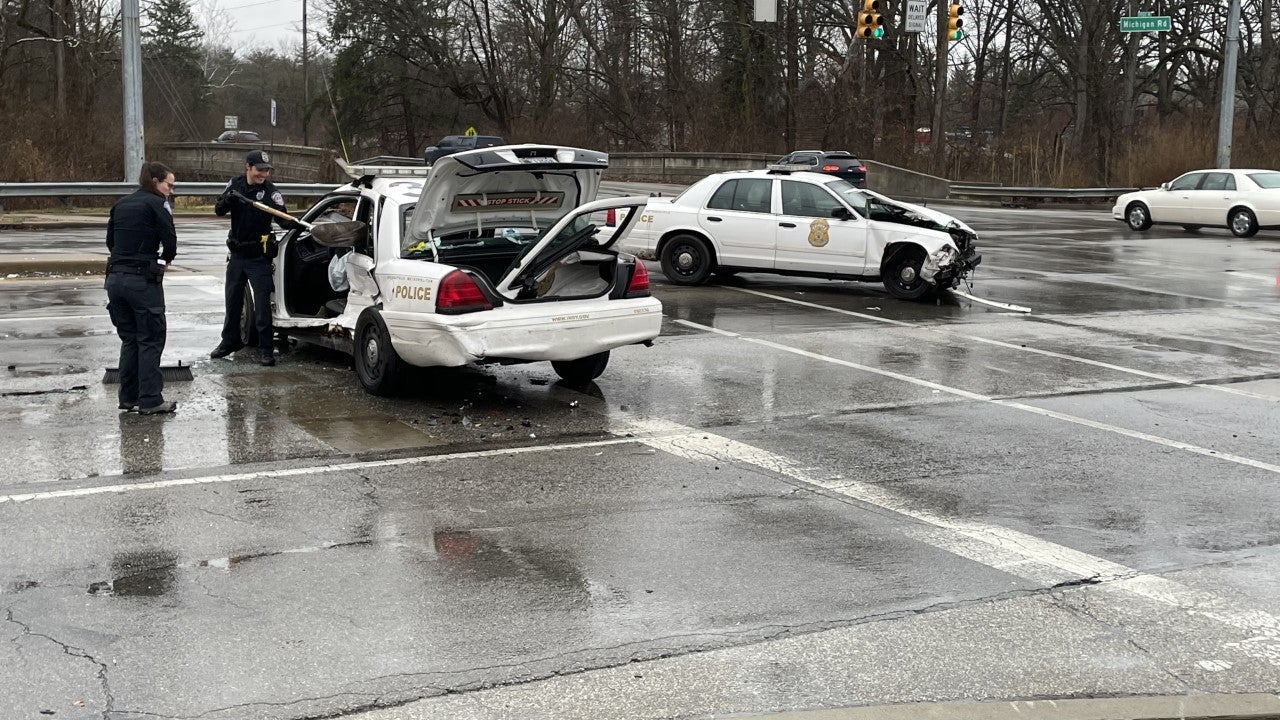 INDIANAPOLIS (WISH) — Two Indianapolis police officers were hurt in a four-car crash including two police cars Wednesday afternoon on the city’s north side.

Indianapolis Metropolitan Police Department’s Northwest District was called to the personal-injury accident about 2:25 p.m. Wednesday at the intersection of Michigan Road and Kessler Boulevard West Drive. That’s in a commercial area.

The two IMPD officers were not identified. One was taken to a hospital; the other was checked by medics at the crash. Medics also checked two other people in the crash.

Officers apparently were in route to the same call when their cars collided with two other vehicles driven by civilians, IMPD Public Information Officer William A. Young said in an email to News 8. Young did not say where the officers were going.

Rain was falling at the intersection at the time of the crash, but IMPD did not say whether the crash was weather-related.