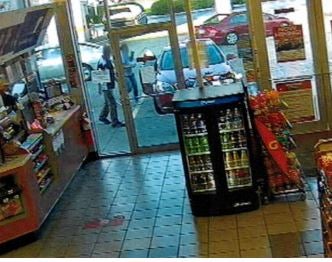 According to the department, on Aug. 12, at approximately 7:30 p.m., officers were called to the Thornton’s gas station in the 1600 block of South U.S. 31 for a shots fired report.

Police said the Black male suspect was sitting in the front passenger seat of a red Honda Civic began shooting at a beige sedan. One of those shots, the department said, went through the exit door of the gas station.

Both vehicles fled the area following the shooting.