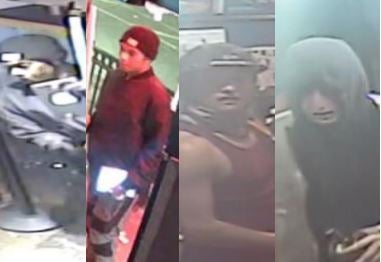 INDIANAPOLIS (WISH) – The Indianapolis Metropolitan Police is looking for four suspects in connection to the May burglary of a downtown restaurant.

Anyone with information on this case or the whereabouts of the suspects should contact Crime Stoppers at 317-262-8477.