IMPD: Person shot and killed on city’s west side 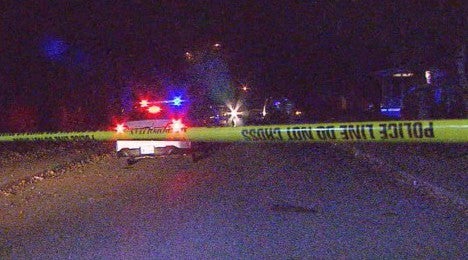 INDIANAPOLIS (WISH) – The Indianapolis Metropolitan Police Department have confirmed that a person was shot and killed on the city’s west side.

Police were called to the scene of the 800 block of Edgemont Avenue on Monday night.

Officers were originally sent to the intersection of West 25th Street and Martin Luther King Junior Drive to respond to a report of shots fired.

When officers arrived at the scene, residents in the area directed them to the area where gun shots were heard.

After canvassing the area, police found an unresponsive male on the front porch of a residence. He was pronounced dead at the scene.

Police had not released any identifying information about the victim.

Police are asking that anyone with any information to call Crime Stoppers at 317-262-TIPS. All information shared is considered anonymous.