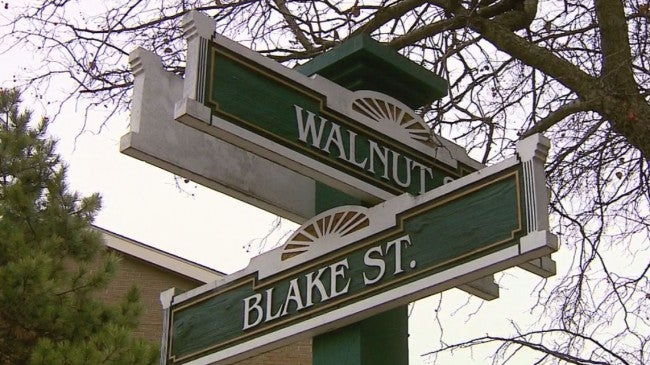 The robberies occurred within a span of six hours. The first happened around 3 p.m. on Blake Street, which is just north of University Boulevard and West North Street. A sophomore student told reporters he had been walking back from a final exam and was on the phone with his dad when he was approached by a man with a gun who demanded his phone and money. He said he thought the suspect was going to shoot him.

“He said, ‘You tell anyone what happened, I’m going to kill you. I know where you live now,'” said the student.

IUPUI used social media and sent out other alerts to students, faculty and staff, as police searched for a suspect. They asked students to shelter in place during that time. The suspect in this incident is described as a black man, 6 foot 3 inches to 6 foot 4 inches tall, with a black hoodie, blue jeans and a hat with yellow writing.

Those suspects were last seen running on St. Clair. They are described as two black men: one is 6 foot 4 inches tall, with a thin build, wearing a black sweatshirt with neon green writing on the front. The second suspect is described as 5 foot 9 inches to 5 foot 10 inches tall.

Students are asked to contact their professors about rescheduled or impacted final exams. They were told to resume normal activities before 10 p.m. Tuesday, after they were told to seek shelter for the second time Tuesday evening. Finals week at IUPUI runs through Sunday.

IUPUI officials also reminded students about their IUPD escort service Tuesday. They said students can call the SafeWalk program at (317) 274-7233.

No word yet on whether police believe these cases are connected.