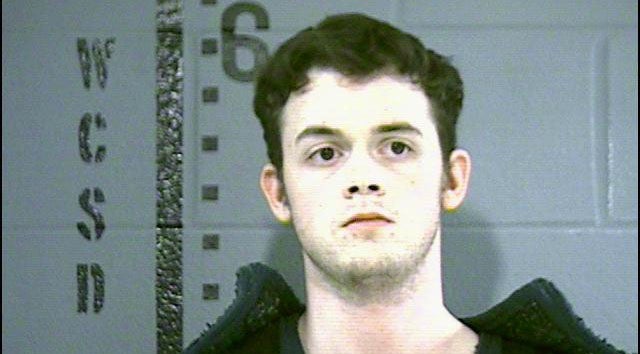 PENDLETON, Ind. (WISH) — A man serving an 80-year sentence for the murder of his mother and 6-year-old half-sister in 2013 was found dead Tuesday in his prison cell, the Madison County coroner said Wednesday.

David S. Rodenbarger, 28, of Delphi, was found hanging by a bedsheet in a single cell at the Pendleton Correctional Facility, Coroner Danielle Dunnichay-Noone said. The cause of death was determined to be asphyxia due to hanging.

He pleaded guilty, but mentally ill, to two counts of murder and a count of criminal confinement in the deaths. Police said Rodenbarger used a carving knife and a two-pronged fork in February 2013 to stab his 41-year-old mother, Michelle J. “Shelly” Haskins, and her 6-year-old daughter, Jillian E. “Jilly” Haskins, in the family’s home in the 5600 block of East Richey Park Drive in Monticello, news reports said.

At his sentencing, Rodenbarger addressed the court and said he was sorry and words can’t express how he feels.

Rodenbarger had been diagnosed and treated for schizophrenia before the murders.