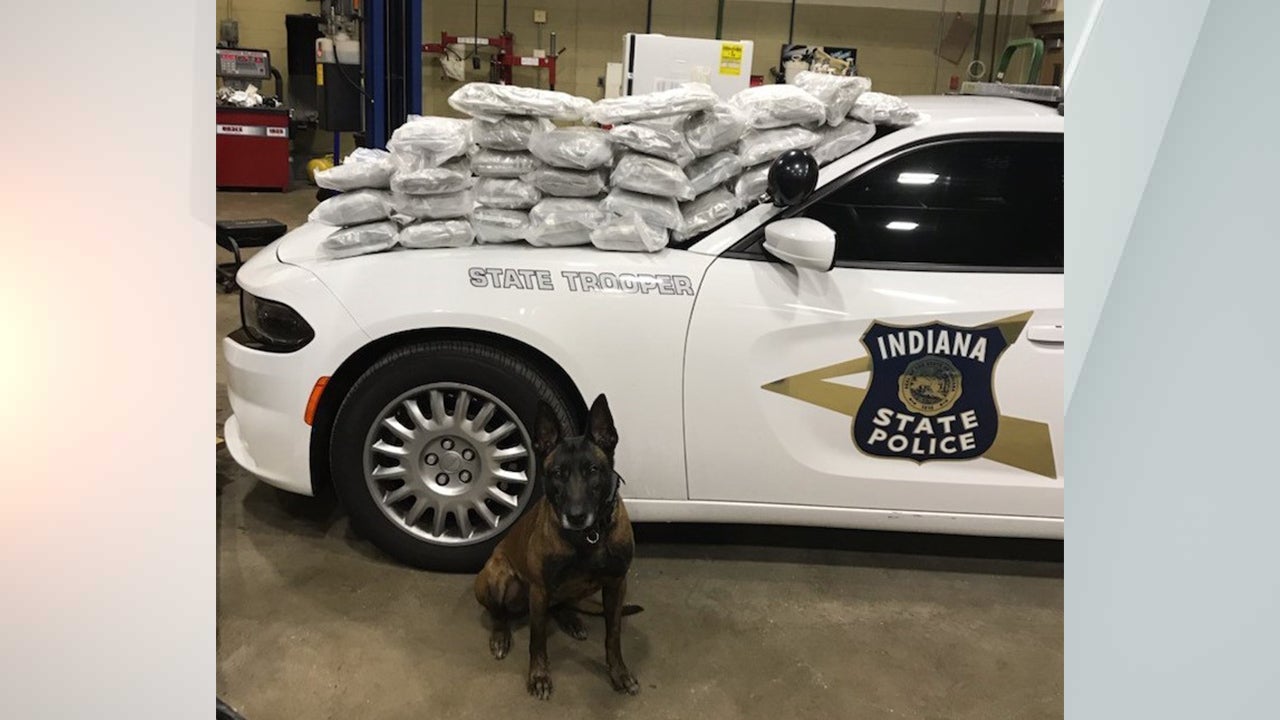 SOUTH BEND, Ind. (WISH) — A South Bend man was arrested Thursday after an Indiana State Police K9 sniffed out about 30 pounds of marijuana during a traffic stop.

According to ISP, Anthony Garcia, 27, of South Bend, was a passenger in a vehicle that was seen by a trooper committing several traffic violations in the area of Logan Street south of McKinley Avenue around 11:30 p.m. Thursday.

Troopers conducted a traffic stop and deployed K9 Nala to do a free-air sniff of the vehicle Garcia was in, ISP said. The K9 indicated narcotics were in the vehicle and the trooper searched the car.

About 30 pounds of marijuana were found in vacuum-sealed packages.

Garcia was arrested and taken to the St. Joseph County Jail. He is facing possession of marijuana and dealing marijuana charges.