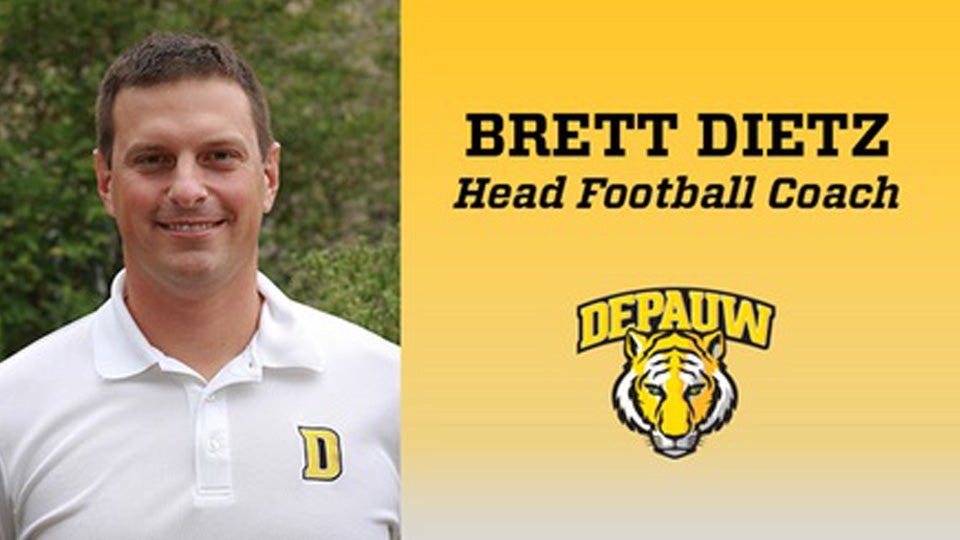 GREENCASTLE, Ind. (Inside INdiana Business) — DePauw University has named its football team’s offensive coordinator as its new head coach. Brett Dietz has served in that position since 2010, and will now lead the Tiger’s football team after Bill Lynch announced his retirement in November.

“I want to thank Stevie Baker-Watson, Alan Hill and everyone involved with the search process,” Dietz said. “I’d also like to thank Bill Lynch who has been a mentor to me over the past seven years.  I’m honored to lead this program and build on the success we have had developing our student-athletes in the classroom and on the football field. The past 10 years at DePauw have prepared me for this opportunity and I am excited to get started.”

Dietz was the starting quarterback for Hanover College for two years and was named the school’s Most Outstanding Athlete of the Decade and was inducted into the the college’s Athletic Hall of Fame in 2014. Dietz will also be inducted into the Athletic Hall of Fame at his Covington, KY Catholic High School later this month. Dietz also played professionally in Finland and the National Indoor Football League, where he was named co-Rookie of the Year in 2007.

The Tigers open the 2020 season on September 12 when they renew their rivalry with Butler University.