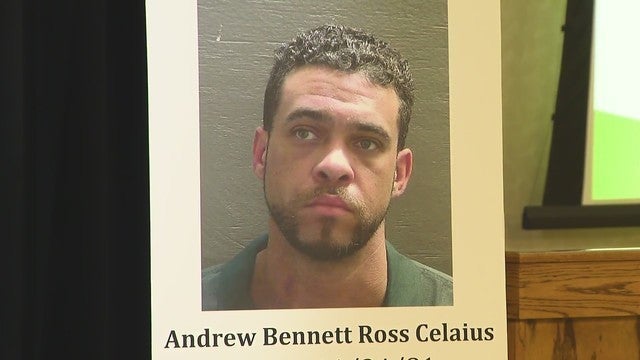 PENSACOLA, Fla. (AP) – A Florida man accused of torturing his girlfriend’s 2-year-old daughter by burning her, shooting her with a BB gun and wearing a werewolf mask to scare her has killed himself.

Celauis was arrested April 9. He tried to kill himself May 1 in his jail cell and was hospitalized. He died six days later.

Investigators say Celauis filmed himself torturing the child. They say he placed a dog collar on the girl and shocked her awake at night. Then he stood over her wearing a werewolf mask.