Despite fatal accident, sidewalks not planned for U.S. 231 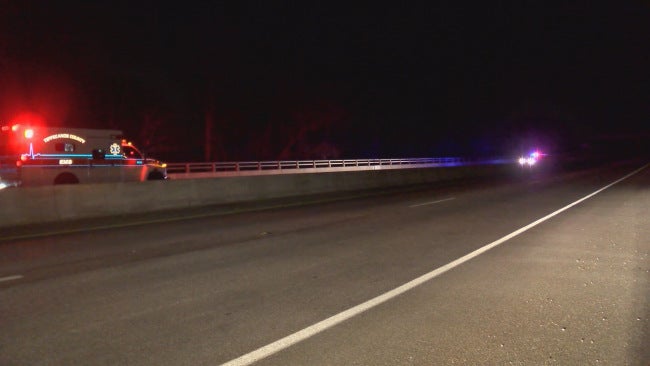 LAFAYETTE, Ind. (WLFI) – Spray painted symbols in the middle of U.S. 231 were apparent Friday. They were the markings that recounted what happened less than 48 hours earlier.

“We got a call from a passerby who said a person was walking on 231 in the roadway,” said Officer Mark Roberts with Lafayette police. “Within four minutes of that dispatch, an officer showed up and found the individual had been struck by a vehicle and killed.”

That individual was 23-year-old Billy Eaton of Illinois who had been hit by 19-year-old Jake Allrich. Allrich was the one who called 911.

Police said they’re not sure where Eaton was walking to at 2:50 a.m., but said less than a mile away they discovered something belonging to him.

“His car was located on South River Road it was disabled on the side,” said Roberts.

Roberts said the car appeared to have multiple flat tires. He said when Eaton was hit, he was measured to be near the middle of the right hand lane about four feet away from the shoulder.

“If there’s a shoulder on the bridge, walk in the shoulder,” said Roberts. “If there are sidewalks, use the sidewalks.”

However, on U.S. 231 there are no sidewalks, only walking trails.

“On a limited access highway, it’s mainly there to move the traffic and unless there is a reason at the intersections with a sidewalk network to link it up to, there’s no reason to with the speed of the traffic,” said Calder.

Calder said it’s also not likely that lights will be added to the area.

Roberts said the best thing you can do is treat the trails as sidewalks and, if possible, never walk alone at night.

“Stay with your vehicle,” said Roberts. “It’s extremely dark out on some of these country side roads and it’s very difficult for people to be seen at night.”

Police believe Eaton was in town visiting family. Police said Allrich is cooperating with the investigation and they don’t believe alcohol or drugs were factors in this crash.