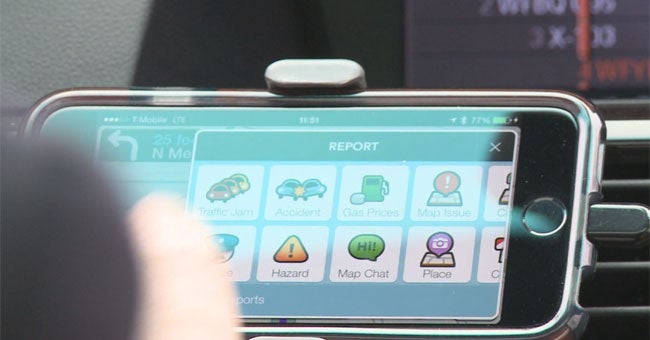 INDIANAPOLIS (WISH) – There is major concern over the driving app waze. The app allows users to see hazards, traffic patterns even the location of police officers while driving.

The National Sheriffs’ Association is pushing Google to turn off what they call a “Police Stalker” feature, they fear it could lead to police officers being tracked and even attacked.

The app is free on any Android or Apple device and users say they love it because it provides real time information so they can avoid any issues on the roads.

Andrew Mills owns a dot com business here in Indianapolis. He drives a BMW and he loves waze.

“Everyday I use it going home,” Mills said. “It’ll tell me where the big traffic spots are, so it means you can be prepared to break if there’s a traffic jam around the corner or something like that.”

Recently, The National Sheriffs’ Association has come out against waze claiming it leads criminals, looking to harm police officers, right to their target. Indiana State Police Captain David Bursten says in the right hands the app can be used to harm others.

“There is an element of our society that would want to use it for negative purposes to do harm to officers and have us add someone to our wall of fallen officers that stands right behind me,” said Mills.

Mills says that’s not the main reason he uses the app.

Bursten says instead of worrying about the negatives police should use it as a tool.

There have been no known connections between acts of violence against police officers and the app. State police suggest avoid using it while driving.