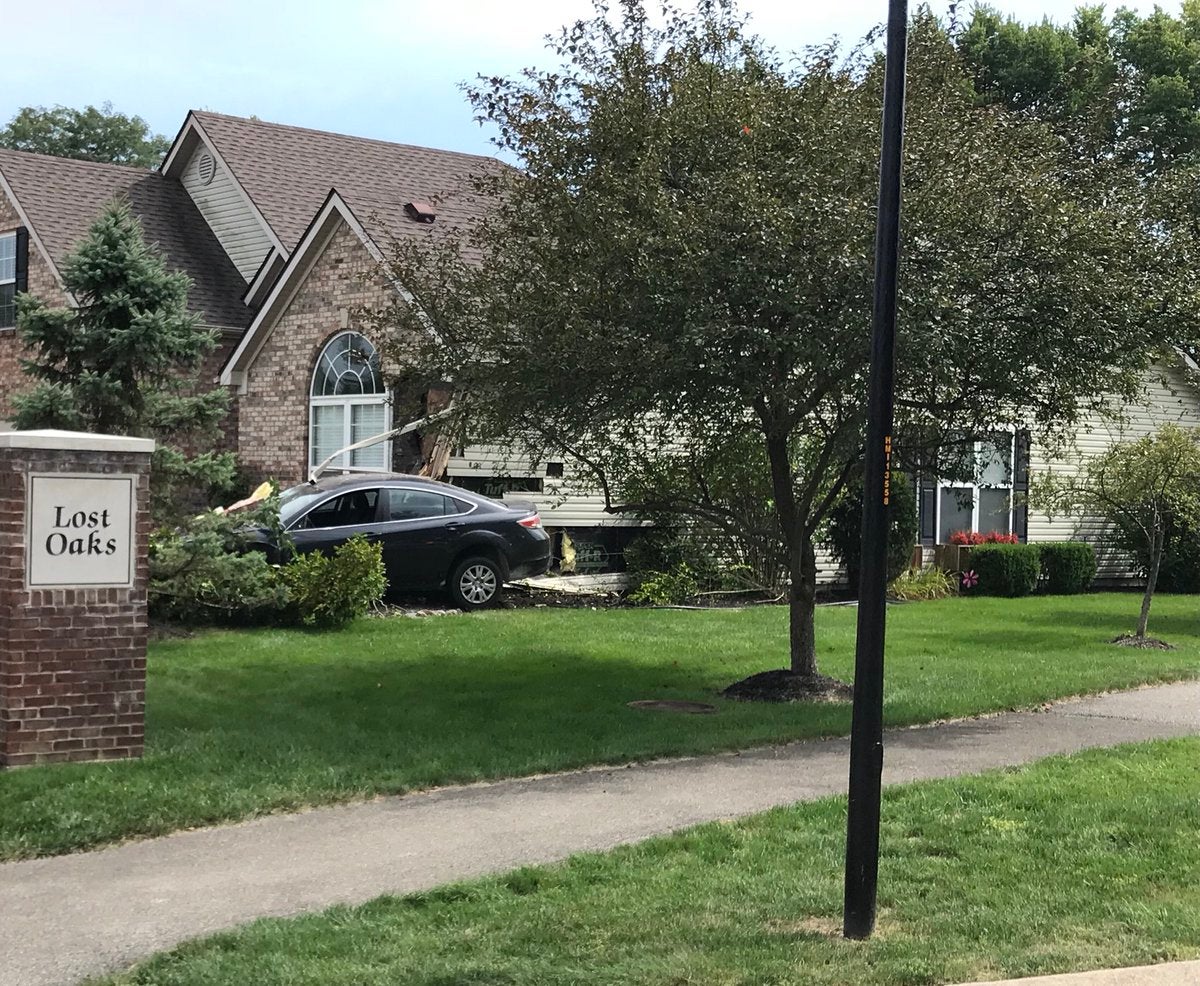 CARMEL, Ind. (WISH) — Police say a car crashed through the corner of a Carmel home on Saturday afternoon, destroying parts of the residence, because the driver had fallen asleep at the wheel.

According to Carmel Police Department, a man in his late 20s had been driving for hours and was a few blocks away from home in the Lost Oaks neighborhood when he fell asleep on Haverton Way, veered off the road, hit a tree and slammed into a house in the 5800 block of Arrowleaf Lane.

The driver was taken to the hospital with minor injuries. No one was inside the house when the crash happened, but the house suffered severe damage.

“I was doing my cleaning and heard this boom and though ‘hmm what was that?'” said Beth Straw, who lives next door to the house that was hit.

The damage was hard to miss as Straw, along with other people living in the neighborhood, put the brakes on their weekend plans to see what happened.

“The tree is now upside down in the next tree’s tree,” said Straw. “So he hit it, flipped it upside down, it went in that tree and he came between it. I don’t know how he missed those two other trees.”

Less than a month ago and just half a mile down the street, a 44-year-old crashed through the corner of the garage of one house and through the side of the garage of the house next door on Forum Meadows Drive. Duke Energy crews were called to the scene to cut the power to both houses because of the severity of the damage. In that incident, the driver was charged with operating while intoxicated.

Neighbors who spoke to News 8 on Saturday said speeding has been an issue in the neighborhood.

While speeding was not a factor in Saturday’s crash, Carmel fire officials on scene said they urged drivers over Labor Day weekend to be careful while driving for long periods of time.

“It’s really important to remember if you’re sleep deprived, don’t worry, and pull over if you need to,” said Carmel firefighter Tim Griffin. “You can always get there a little bit later. but you want to make sure that you slept. We are really fortunate today I’m glad that nobody was home and everybody is ok.”

According to Carmel police, no charges were expected to be filed against the driver.