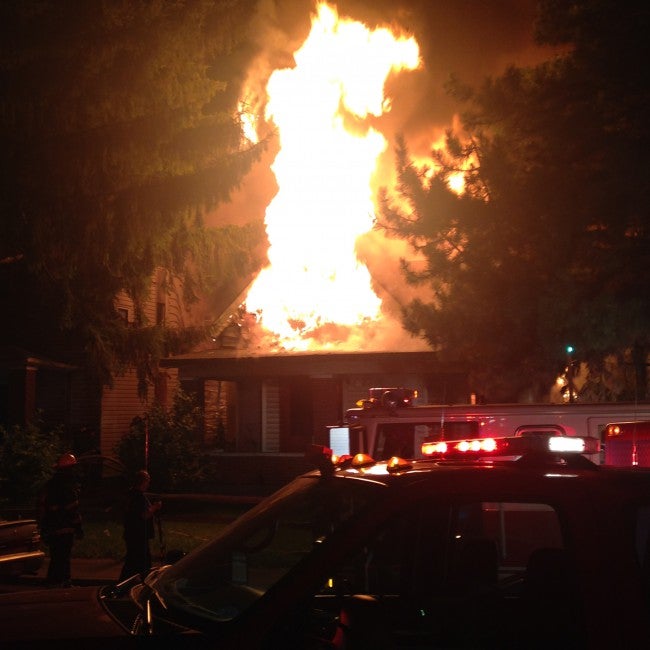 INDIANAPOLIS (WISH) – No one was hurt after a vacant house caught fire early Thursday morning on the east side of Indianapolis.

Shortly after arriving on scene, firefighters called for additional companies to respond. Video and photos from IFD showed flames through the roof. Officials say part of the house collapsed not long after they arrived.

It took firefighters about 40 minutes to bring the fire under control. Code Enforcement was called because its an unsafe building and suffered $70,000 in damages.

What sparked the fire is under investigation. Officials say there were no working smoke detectors in the home.