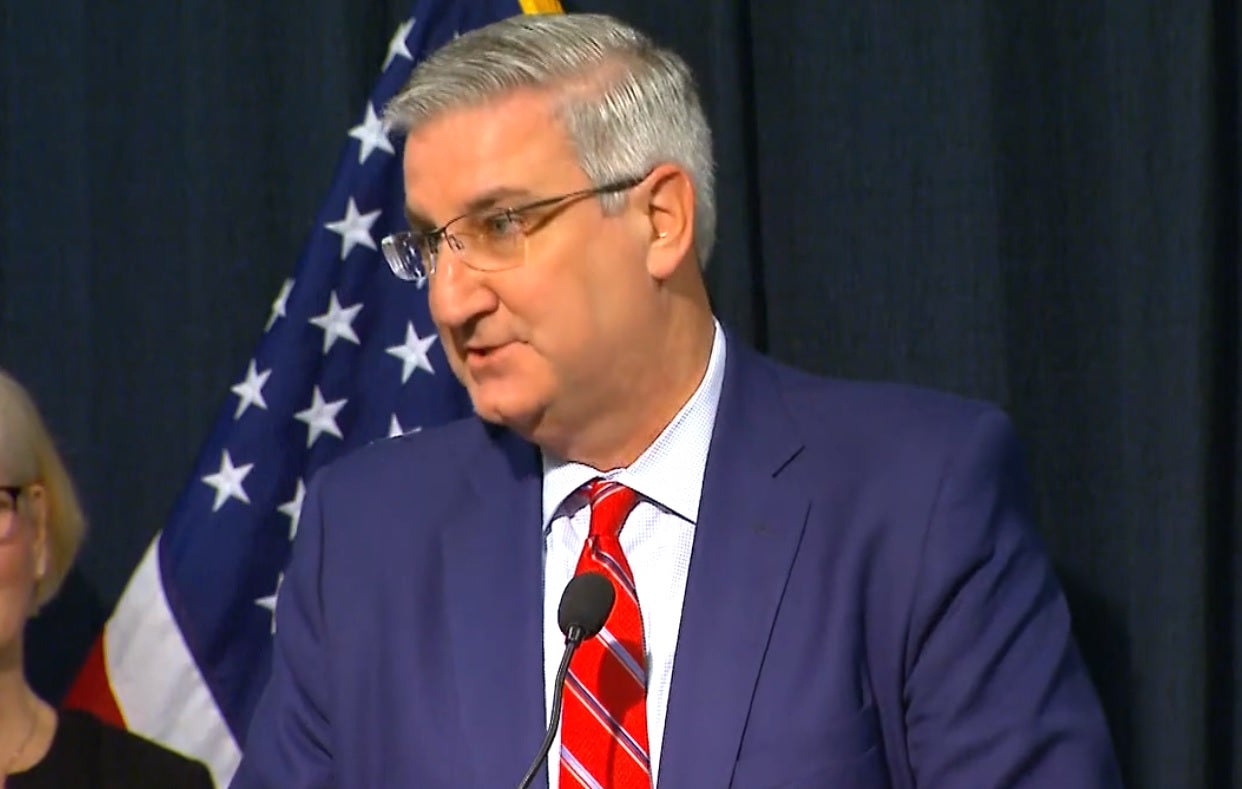 INDIANAPOLIS (WISH) — Several states have decided to move their election dates as the nation, and the world, fight the coronavirus pandemic.

Now, you can add Indiana to that list. Indiana’s primary election won’t be on May 5. It’s now scheduled for June 2. Governor Eric Holcomb announced the change Friday.

Democrat and Republican party leaders agree this is the right move to make to keep everyone safe and healthy.

“My view on that fast-approaching primary election is it needed to be pushed back in order to again, ensure the safety of our county employees, our poll workers and the voters themselves,” said Holcomb.

Holcomb said the move is for the health of Hoosiers as the state fights the pandemic. Secretary of State Connie Lawson has asked Indiana’s Election Commission to make changes to allow anyone to vote, without having to show up in person.

“To suspend absentee by mail rules to allow all Hoosiers the option to vote by mail in the upcoming primary election,” said Lawson.

Hoosiers will not be required to vote by mail, but every voter will have the option. Voters will still be able to vote in-person on June 2 if preferred.

“I am confident that we will conduct a safe, secure, and fair election,” said Lawson.

If everyone in Indiana decides to vote by mail, can the system handle it?

“There will be delayed results of the election. So remember to be patient. Remember there will be some counties who have a harder time doing it. As I said, they may not have the supplies and the resources to do all absentee,” Lawson said.

When asked what specific steps will be taken to keep voters and poll workers safe from the coronavirus on Election Day, Lawson said they’re following recommendations from the CDC.

“We are getting guidance on a daily basis from the CDC on the safe handling of ballots as well as sanitizing voting equipment,” Secretary of State Connie Lawson explained Friday. “So we will make sure we are absolutely up-to-date on a recommendation on June 2nd.”

Lawson said the election commission will be meeting at the statehouse on Wednesday at 10 a.m. to continue the discussion.

“Hoosiers have always come together in times of crisis and today’s bipartisan announcement to move Indiana’s primary election to June 2 is yet another example of that unity. Moving our primary is not a step we took lightly, but it is necessary. Moving to June 2 will provide for the safety and security of all involved in the election process and allow additional time for those tasked with the job of conducting the election to prepare. I’m grateful for the leadership of Governor Holcomb and Secretary Lawson and appreciate Chairman Zody’s commitment to a bipartisan solution.”

“This is an unprecedented time for our state and nation. Hoosier Democrats believe that holding the election on May 5 and expanding the right to vote through mail-in options was the appropriate decision. However, it has become clear the window for that to happen is quickly closing and we must first be concerned about the health and safety of the public.

Accordingly, Hoosier Democrats have reached an agreement with our Republican counterparts to move the May 5 primary to June 2. Republicans have agreed to join a bipartisan petition to the Election Commission for an unprecedented expansion of vote by mail for the primary election. That includes petitioning the Indiana Election Commission to: move to no-fault absentee voting; develop an email option to submit an application to vote by mail; allow any ballots already in motion for the May primary to be counted in June; expand options for how ballots are transported and who may serve on a traveling board; and keep the absentee window open now through the June election. Both agreements will require the unanimous approval of the Indiana Election Commission, which is made up of two Democrats and two Republicans.

This is about ensuring the safety of Hoosier voters and election workers. There’s no assurance the pandemic threat will pass by June 2 and the Trump administration is projecting a timetable of 18 months or longer. To that end, we believe a primary election conducted almost completely by mail is the safest option and Hoosier Democrats will continue to work toward that goal.

This agreement will lead to a historic expansion of Hoosiers’ voting rights. We fully expect every Hoosier that wants to vote by mail in the June 2 primary, to be able. It will bring down barriers to the ballot box and throw open the door to freer, fairer elections in the Hoosier state.”