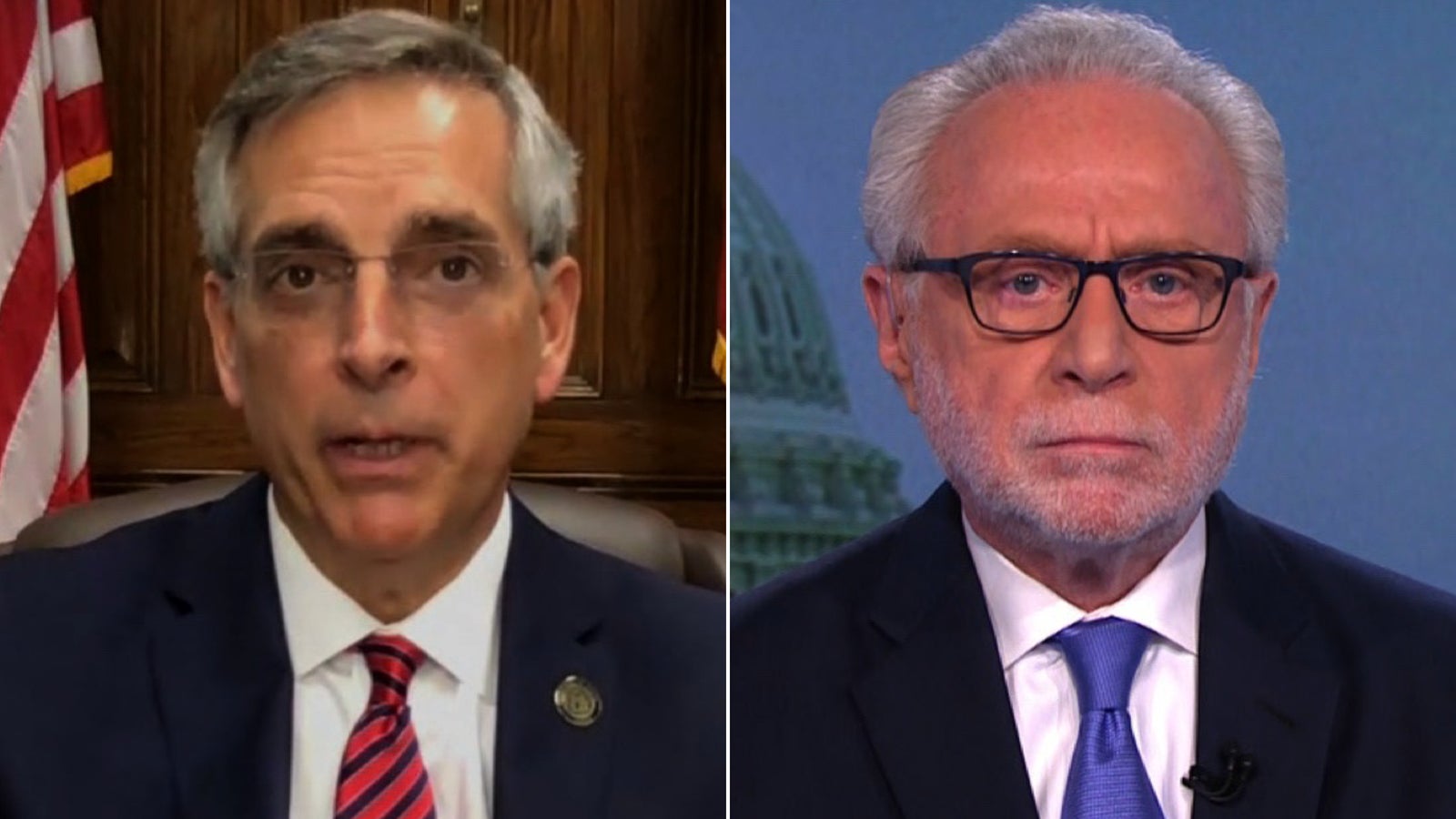 (CNN) — Georgia Secretary of State Brad Raffensperger stood firm Monday on his account that Sen. Lindsey Graham had hinted that he should try to discard some ballots in Georgia, where a recount is underway after the state went for President-elect Joe Biden in the presidential election.

“He asked if the ballots could be matched back to the voters,” Raffensperger told CNN’s Wolf Blitzer on “The Situation Room” Monday evening. “And then he, I got the sense it implied that then you could throw those out for any, if you look at the counties with the highest frequent error of signatures. So that’s the impression that I got.”

He later added, “It was just an implication of, ‘Look hard and see how many ballots you could throw out.’ “

Raffensperger’s comments come after he told The Washington Post on Monday that Graham had cast doubt on Georgia’s signature-matching law in a conversation on Friday, and had also floated the possibility that biased poll workers could have counted ballots with inconsistent signatures.

Graham, a South Carolina Republican who is chairman of the Senate Judiciary Committee, also inquired if Raffensperger could discard all mail-in ballots from counties that had shown higher rates of unmatched signatures, the Republican secretary of state told the Post on Monday.

There has been no evidence of widespread voter fraud in the 2020 election, and fraudulently altering a federal election vote tally is a federal crime.

Graham denied Raffensperger’s claim on Monday, telling CNN that he had said he wanted to understand the process for verifying the signatures on mail-in ballots. He said President Donald Trump did not urge him to make the call.

Asked if he was trying to pressure the secretary of state to toss legal ballots, Graham said, “That’s ridiculous.”

“What I’m trying to find out was how do you verify signatures on mail-in ballots in these states that are the center of attention? So like when you mail in a ballot, you got to have some way to verify that the signature on the envelope actually matches the person who requested the ballot,” Graham said. “It seems to me that Georgia has some protections that maybe other states don’t have, where you go into the portal to get your ballot. But I thought it was a good conversation. I’m surprised to hear him verify it that way.”

“We feel confident the election officials did their job,” he said.

On Friday, CNN projected that Biden will win Georgia and its 16 electoral votes. Unofficial results put Biden ahead of Trump by about 14,000 votes, or about 0.3 percentage point. But due to the tight margin, state officials decided to use the preplanned audit process to recount every ballot in the presidential race.

At least six small counties in Georgia have finished their presidential recounts without finding any discrepancies. A seventh county, Floyd, reported that 2,600 uncounted ballots had been found during their recount — the ballots hadn’t been scanned when the county tallied its early vote. An investigation is underway but human error has been deemed responsible.

Experts say it would be nearly impossible for Trump to overcome his 14,000-vote deficit in a recount.

The audit process is expected to conclude in the coming days, and Raffensperger reiterated Monday that he plans to certify the official results by Friday, as required by state law.

“We want to make sure this vote is very accurate. We understand the national importance of this, and we’re in the process of doing it,” he told Blitzer on Monday. “The counters will be done by the 18th and we will certify this by the 20th.”

The Republican spent part of his Sunday fact-checking Trump and pushing back against false claims of fraud in the presidential election and the hand recount ongoing in the state.

Raffensperger, among other things, defended the integrity of absentee ballots, signature verification, and the vote counting machines. He posted images of Trump’s tweets that falsely claimed that mail-in voting “will lead to the most corrupt election in USA history” and result in “fraudulent ballots.” Raffensperger responded that his team “secured and strengthened absentee ballots for the first time since 2005” by outlawing absentee ballot harvesting and also addressed the “disinformation about signature match,” writing that “GBI trained elections officials match your signature twice before any vote is cast.”

Underscoring the contentious atmosphere between Raffensperger and fellow Republicans, he went after US Rep. Doug Collins, a Georgia Republican, in one post writing, “Failed candidate Doug Collins is a liar — but what’s new?” Collins is leading the recount team for Trump in Georgia and has criticized Raffensperger’s handling of the election.