Jack Nicklaus endorses Donald Trump ahead of US presidential election 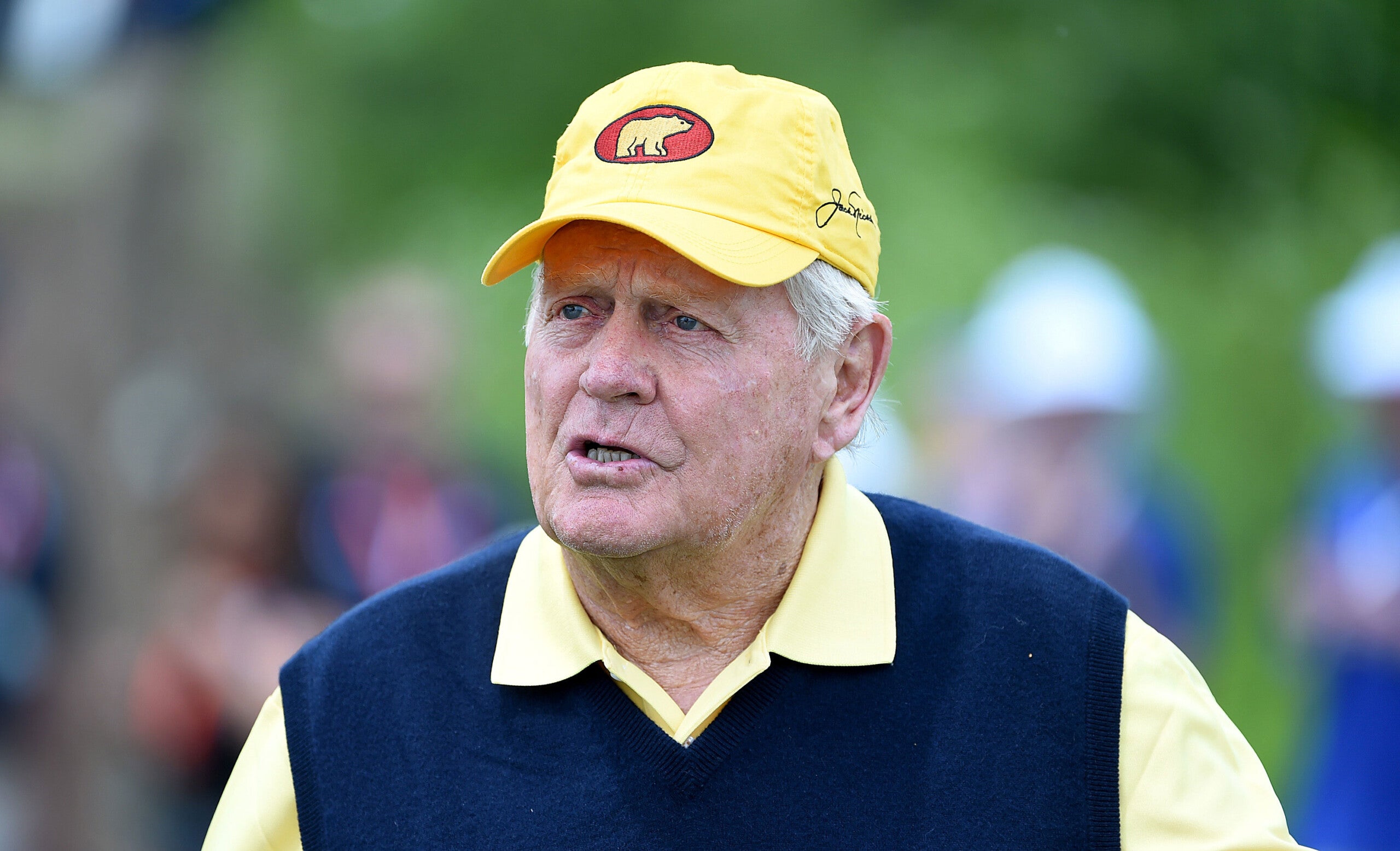 MADISON, WISCONSIN - JUNE 22: Jack Nicklaus speaks with a member of the gallery on the practice range before playing in the celebrity foursome during round two of the American Family Insurance Championship at the University Ridge Golf Course on June 22, 2019 in Madison, Wisconsin. (Photo by Steve Dykes/Getty Images via CNN)
by: George Ramsay, CNN
Posted: Oct 29, 2020 / 08:10 AM EST / Updated: Oct 29, 2020 / 08:10 AM EST

(CNN) — Golf great Jack Nicklaus says he has voted for US President Donald Trump and has encouraged other American voters to do the same ahead of next week’s election.

In a social media post, the 18-time major winner and arguably the greatest golfer of all time wrote that Trump’s “love for America and its citizens, and putting his country first, has come through loud and clear” during the President’s first term.

Trump pinned the tweet to the top of his Twitter profile, describing the endorsement as a “great honor.”

Nicklaus added in his statement: “I have had the privilege over the last three-and-a-half years to get to know our current President a little more as his term progressed.

“I have been very disappointed at what he’s had to put up with from many directions, but with that, I have seen a resolve and a determination to do the right thing for our country.

“He has delivered on his promises. He’s worked for the average person.”

The 80-year-old concluded the post by saying he “strongly recommend(s) you consider Donald J. Trump for another four years. I certainly have and have already cast my vote for him!”

Nicklaus’ tweet has been widely shared and has received over 20,000 replies.

Nicknamed the Golden Bear, Nicklaus captured his record haul of 18 major titles between 1962 and 1986 and also claimed 73 PGA Tour wins over the course of his career. Only Sam Snead and Tiger Woods, both with 82, have more.

READ: The inside story of the Ryder Cup’s postponement

Nicklaus has played golf with Trump in the past and told Bloomberg the President “plays a little bit like I do — he doesn’t really ever finish many holes, but he can hit the ball and he goes out and plays and he just enjoys it.”

He said earlier this year that he and his wife had both tested positive for Covid-19 in March but were “very, very fortunate” that he had a sore throat and a cough and his wife Barbara was asymptomatic.

Meanwhile, the NFL has announced that 90% of active players are registered to vote.

The league and its Players Association launched NFL Votes and #AthleteAndVoter initiatives in August to “encourage voter education, registration and activation,” and since then several clubs have registered all their players to vote.

The NFL also said that half the league’s teams are using their stadiums and/or stadium facilities for “election-related activities,” including early voting or Election Day polling sites.

A number of athletes, including NFL stars Odell Beckham Jr. and Patrick Mahomes, Lakers star LeBron James and sprinter Allyson Felix, also spoke out against voter suppression with the launch of the “More Than A Vote” campaign.

Across the US, counties with larger minority populations have fewer polling places and poll workers per voter, and since 2010, the number of states that have imposed voter ID restrictions has risen to 36, according to an ACLU report earlier this year.

Specifically, the “More Than A Vote” campaign intends to empower the Black community to “know their voting rights” ahead of the election.

In a conversation with former President Barrack Obama for the HBO Series “The Shop,” James recently revealed that he believes his mom has voted for the first time this election.

“She sent me video today, after she voted she had her sticker on her chest, she was so damn proud of herself and I was so proud of her,” James said.

“It’s a beautiful thing. There is some change happening.”