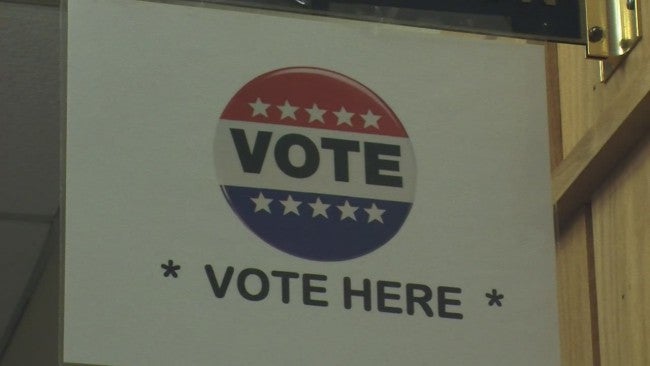 OMAHA, Neb. (AP) — Nebraska on Tuesday opened polling places as the state held the nation’s first in-person primary since a heavily criticized election in Wisconsin five weeks ago in the middle of the coronavirus pandemic.

Polling places in the Omaha area appeared largely quiet, in part because there was such a huge number of absentee ballots mailed into election offices. Officials had encouraged people to vote by mail, though Republican Gov. Pete Ricketts and Secretary of State Bob Evnen both pledged to forge ahead with an in-person primary even though many other states have rescheduled theirs or switched to all-mail voting.

Ricketts ordered members of the Nebraska National Guard to provide on call help at short-staffed polling sites in eight counties, including the Omaha and Lincoln areas. He said Guard members will be dressed in civilian clothes, not their normal uniforms.

“They’ll be available to help out,” he said.

A Guard spokesman said 135 members have gone through poll worker training but won’t be dispatched unless they’re requested. The counties that might have Guard members as poll workers are some of Nebraska’s hardest-hit: Dakota, Dawson, Douglas Hall, Lancaster, Lincoln, Madison and Scottsbluff.

Ricketts said he had also waived a state law that requires poll workers to live in the county where they serve, largely because of a poll worker shortage.

This year’s primary is fairly low-key but includes a high-profile race among Democrats who want to unseat Republican Rep. Don Bacon of Nebraska’s 2nd Congressional District. The Omaha-area district is one of the few in Republican-led Nebraska where Democrats are competitive.

The Democratic field has three candidates: nonprofit consultant Kara Eastman, Omaha lawyer Ann Ashford and Omaha business owner Gladys Harrison. Eastman has positioned herself as a progressive, while Ashford pitches herself as a moderate. Harrison has touted herself as a unifying voice but hasn’t raised nearly as much money or gotten as much attention.