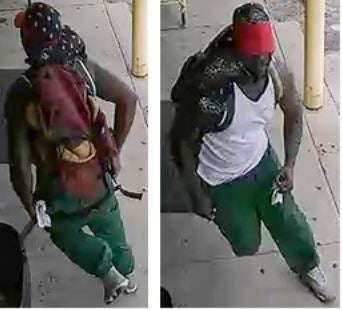 INDIANAPOLIS (WISH) — A male employee has died after a shooting inside a dollar store on the city’s northeast side.

Officers were called to the Dollar General at 5450 Emerson Way at 3:49 p.m. Sunday on a report of a business hold up alarm.

Officers at the scene confirmed the shooting happened inside the store.

The victim was later identified as 41-year-old Brian Eure.

If considered a criminal homicide, Sunday’s shooting would mark the city’s 56th in 2018.

The Indianapolis Metropolitan Police Department has released surveillance photos of the suspect and are asking for the public’s help in identifying.

Anyone with information about this incident is urged to call the IMPD Homicide Office at 317-327-3475 or if you wish to remain anonymous, call Crime Stoppers of Central Indiana at 317-262-8477.