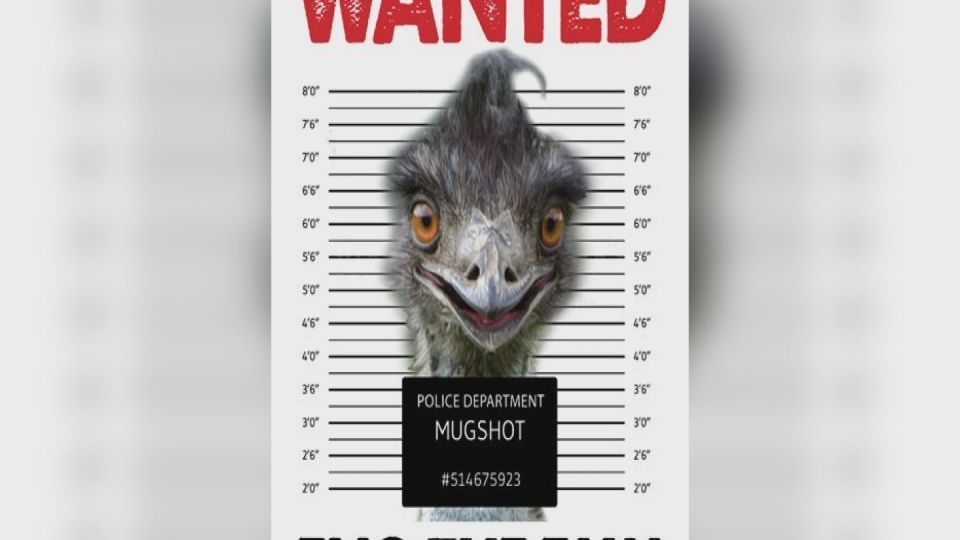 HILLSBOROUGH, N.C. (AP) — Officials in North Carolina are looking for an emu on the loose that was last spotted jumping on the hood of a car before running away.

An Orange County government Twitter account posted an emu’s mugshot Friday with the word “wanted” in red letters. Officials say it’s been on the run for about five weeks. They don’t know from where the flightless bird escaped.

Fox says people shouldn’t try to catch it, but instead call animal services.