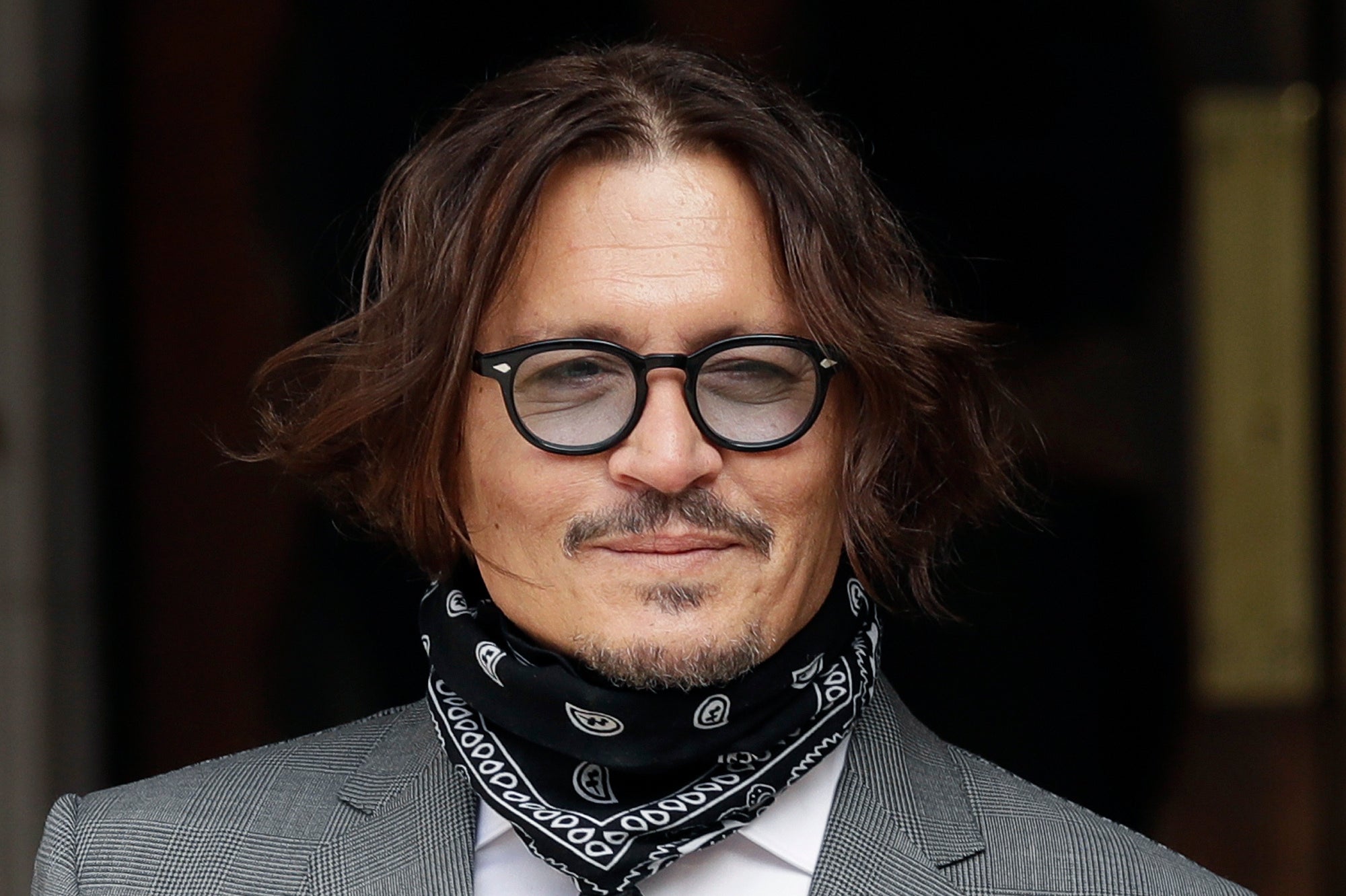 American actor Johnny Depp poses for the media as he arrives at the High Court in London, Monday, July 13, 2020. Depp is expected to wrap up his evidence at his libel trial against a tabloid newspaper that accused him of abusing ex-wife Amber Heard. The Hollywood star is suing News Group Newspapers, publisher of The Sun, and the paper’s executive editor, Dan Wootton, over an April 2018 article that called him a “wife-beater.” (AP Photo/Matt Dunham)
by: JILL LAWLESS Associated Press
Posted: Jul 13, 2020 / 06:56 AM EST / Updated: Jul 13, 2020 / 06:56 AM EST

LONDON (AP) — Johnny Depp accused Amber Heard of hitting him with a “haymaker” punch during an altercation near the end of their volatile marriage, as the star wrapped up testimony in his libel suit against a tabloid newspaper that accused him of domestic abuse.

Depp said the fight came after Heard’s 30th birthday party, and hours after he had learned that his former business managers had absconded with hundreds of millions of dollars.

The Hollywood star is suing News Group Newspapers, publisher of The Sun, and the paper’s executive editor, Dan Wootton, over an April 2018 article that called him a “wife-beater.”

Depp said the couple separated after an argument that followed Heard’s 30th birthday party in April 2016. The actor said that just before the party he had attended a meeting and been told that his former business managers had “stolen my money.”

Asked how much was stolen, Depp said “this is a ludicrous amount to have to state, it’s quite embarrassing — apparently I had made $650 million,” much of it through his involvement with the ”Pirates of the Caribbean” films.

Depp added that he was “$100 million in the hole because they had not paid the government my taxes for 17 years.”

Depp and his former business managers settled a legal dispute over the alleged fraud in 2018.

Depp alleges that after the party he went to bed to read, and that Heard began accusing him of ruining her birthday dinner before throwing a “haymaker” at him.

“A haymaker is a type of a wild swing, a roundhouse punch … effective if it reaches the target,” Depp said.

“I have come across it,” noted the judge.

Heard is attending the three-week trial and is scheduled to give her own version of events later.

During five days in the witness box, Depp depicted a tumultuous relationship with Heard during a period when he was trying to kick drugs and alcohol, and sometimes lapsing.

He called the relationship “a crime scene waiting to happen.” But he denied hitting Heard and accused her of compiling a dossier of fake claims against him as an “insurance policy.”

The Sun’s defense relies on a total of 14 allegations by Heard of Depp’s violence between 2013 and 2016, in settings including his private island in the Bahamas, a rented house in Australia and a private jet. He strongly denies all of them.

Among Heard’s allegations is a claim that during a fight at the couple’s Los Angeles penthouse in December 2015, Depp trashed Heard’s wardrobe, threw a decanter at her, pulled her by the hair and headbutted her, causing two black eyes.

Depp claimed Heard was the aggressor, and he had only tried to restrain her “to stop her flailing and punching me.”

Depp also rejected Heard’s claim that he subjected her to a “three-day ordeal of assaults” in March 2015 in Australia, where Depp was appearing as Captain Jack Sparrow in the fifth “Pirates of the Caribbean” film.

He agreed that the couple had an altercation, which ended up with their house being trashed and Depp’s fingertip being severed to the bone.

Depp accuses Heard of cutting off his fingertip by throwing a vodka bottle at him. She denies it.

Depp also said the marriage broke down for good after an incident in which he accused Heard or one of her friends of defecating in the couple’s bed after a party, a mishap Heard blamed on her Yorkshire terriers.

“I thought that was an oddly fitting end to the relationship,” Depp said Friday.