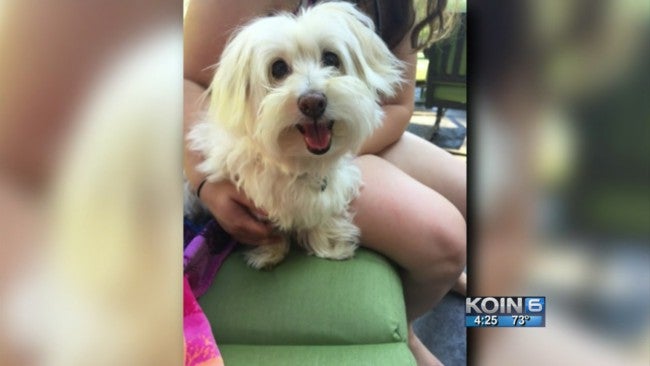 The couple decided to lodge their dog, Lilly, at Doggy B&B in Wilsonville while they were away.

But the Carmen family had no idea they were saying goodbye forever when they dropped their furry friend off at the day care.

“There are no words to describe the pain and sadness our family is experiencing since finding out that our beloved Lilly was viciously killed by two Mastiffs,” the Carmen family said in a statement.

The couple told sheriff’s deputies they learned two Mastiffs broke out of their kennel at Doggy B&B and killed Lilly, along with another dog at the day care.

“What began as a special vacation to celebrate our 20th wedding anniversary quickly became our worst nightmare,” the statement said.

But they weren’t sure how the dogs escaped, or why they were in the same area as their much smaller dog to begin with.

“We still do not have much information about this tragedy,” the family said in a statement. “We do know that our 12 lb. dog was locked in a room with two large aggressive animals who were kenneled together.”

The Carmen family said they believed small dogs like Lilly were placed in kennels completely separate from larger breeds at Doggy B&B.

WISH-TV’s sister station KOIN reached out to the Mastiffs’ owner who declined to comment on the incident pending legal action.

“Just like humans, everyone has to get along,” Brazell said. “Because we don’t kennel here, we are an open boarding facility so everyone crashes and sleeps together… where they are comfortable.”

Brazell said his biggest advice for dog owners is to plan ahead and find a sitter long before you head out of town.

“Have your dog stay for a night and see how they do,” he recommended. “Check out their reviews, call them, see if there’s people you can talk to that are previous customers.”

Lilly’s family hired an attorney to find out exactly what happened to their beloved pet at Doggy B&B in Wilsonville.

“We intend to find out how this tragedy happened and hold those responsible accountable so that no other family has to go through what our family has endured,” they said in a statement.