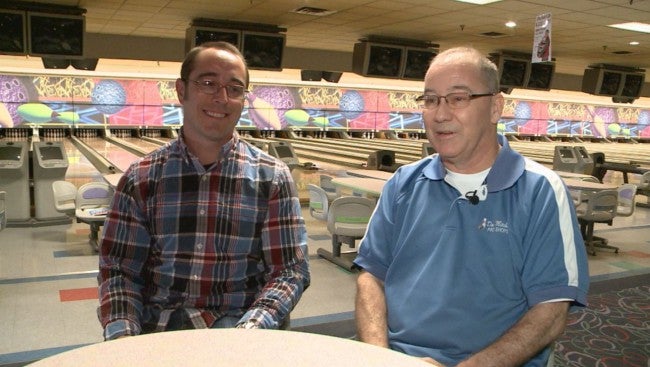 More and more families are using them now, in the hopes of saving lives. The Mills family of central Indiana is one of them.

“I’ve been working for over three years, trying to get a kidney transplant,” explains Scott Mills.

He’s been on dialysis several years now, and his family is hoping he could get a transplant – from one of them.

“To say my father has meant the world to me, is probably an understatement. He’s taught me to be the person I am, the hardworking person I am,” said Mills’ oldest son Derek. “I’d do anything for my dad.”

Including – giving him a kidney.

Mills says his son Derek and his sister are matches to donate a kidney to him. Derek says he’d do it in a heartbeat. Only problem is, they say, they need to find the funding first.

They say Scott’s Medicare only covers about 80 percent of the $260,000 transplant. They’ve been working to get supplemental insurance, but say they haven’t had luck yet.

“The average person lives about five years on dialysis. My dad’s at three, almost four years now, which is why we’re trying so hard,” he added.

They say at this point, they need to raise the rest to cover the surgery, and then more for the post hospital-stay care, like anti-rejection drugs, etc. They say they’d like to raise $60,000.

So, like so many others, they’ve turned to crowdfunding: a GoFundMe page, in the hopes of reaching as many people as possible. GoFundMe officials say more than $230 million dollars has been raised for medical causes on their site, with a 294% increase in donation volume between 2013 and 2014.

“That’s been the hardest part, knowing we could save his life, change his life, but not be allowed to,” said Derek.

Derek says he and his dad’s bowling community friends are working hard to help raise the money, by creating a GoFundMe page, and also by hosting fundraisers.

You can find more information on the outing here, and on the GoFundMe page here.

For more information on funding transplants, click here to go to the non-profit’s website, National Foundation for Transplants. A spokesperson says they work with 1,000 active fundraising campaigns for a transplant, a year.

All Indiana Politics / 46 mins ago