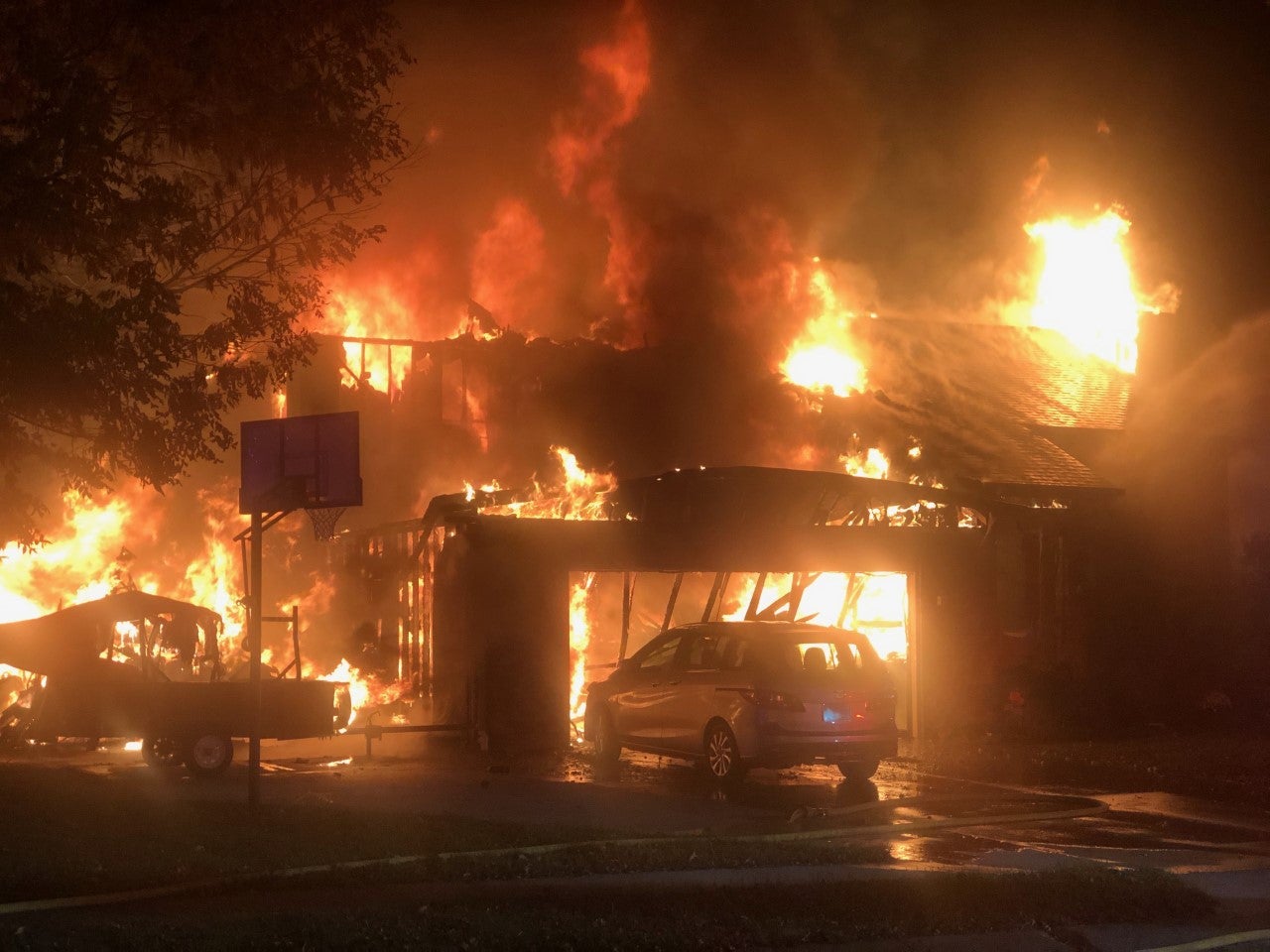 COLUMBUS, Ind. (WISH) – A family of five has been displaced from their home following a Friday morning fire in Columbus.

According to the Columbus Fire Department, crews responded to the 3800 block of Greenbriar Drive around 12:45 a.m. Friday for a report of an RV on fire.

After arriving on the scene, crews discovered the fire from the fully involved camper had actually spread to a two-story house.

CFD said that because a portion of the house had collapsed, no firefighters were able to get inside the structure and were forced to battle the flames completely from the exterior of the house.

About an hour after arriving on the scene, crews were able to get the fire under control.

John Stetter and his wife, the homeowners, and two of their three children were at home when the fire broke out. Everyone was able to get out of the residence without injury.

Also, no firefighters were hurt

The home is considered a complete loss, with damage estimated at $250,000.

The cause of the fire is unknown at this time and is under investigation.