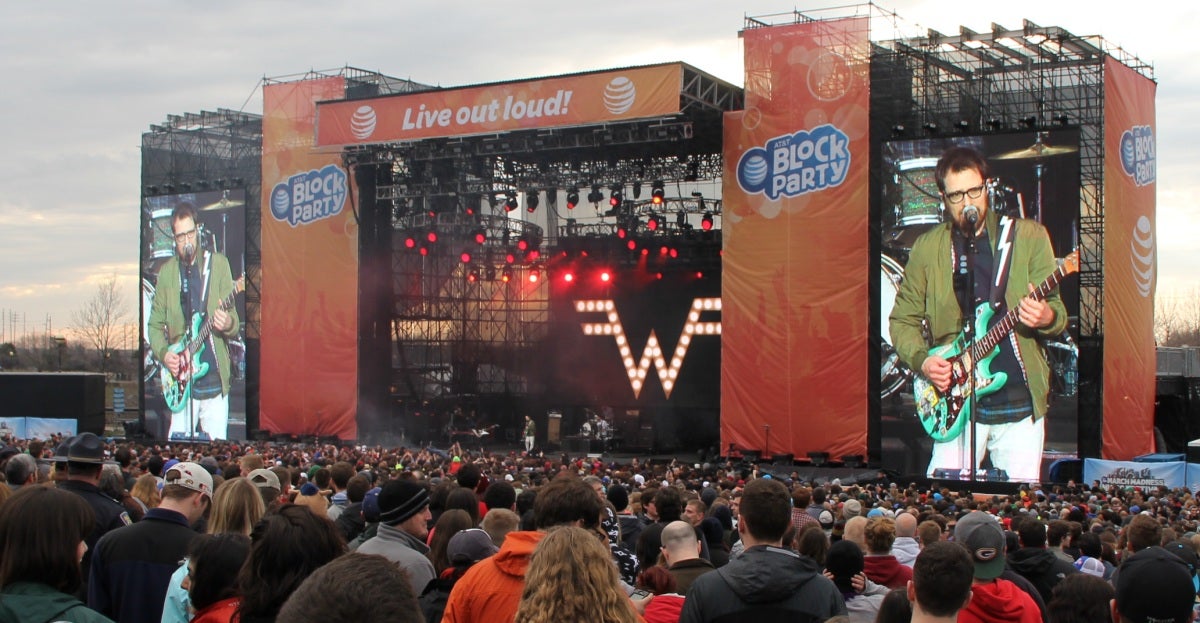 INDIANAPOLIS (WISH) – Businesses and  fans are already counting down to Indy’s next Final Four.

All of the fun and excitement surrounding the 2015 Final Four weekend came to a close Monday night with the national championship game. Fans and the businesses that couldn’t wait to host them were sad to see it go.

Wisconsin and Duke fans spent the evening hoping their teams would come out on top. But after this weekend, it’s the businesses that feel more like winners.

The stage has been set. Well, not for the NCAA March Madness Music Fest, that stage was being taken apart Monday.

But the “stage” for the national title game inside Lucas Oil Stadium had its moment in the spotlight.

Duke and Wisconsin fans marched up and down the streets of downtown trying to find a place to enjoy Final Four weekend’s final hurrah.

Badger fans wore their pride on their sleeves and other places at the Buffalo Wild Wings off Washington Street, which has basically become Wisconsin’s home away from home.

“Badger fans of course, we take care of them every time the Big Ten’s in town,” said manager Sarah Svihlik. The restaurant usually hosts a viewing party for Badger fans for the Big Ten Tournament and Championship.

Fans agree that Indy has been welcoming to them.

“From the people at the bars to the people in the hotels, the cab drivers, the people on the street, everybody is super gracious,” said Aaron Ayers, a Badger fan in town from Madison, Wisconsin. “Just tremendous Midwest hospitality. I can’t say enough good things.”

Coincidentally, when the Final Four came to Indy in 2010, Buffalo Wild Wings hosted Duke fans. But this weekend they were hosted by the Colts Grille, a restaurant that welcomes the color blue.

Duke fan Michael Woods was at the viewing party and felt this year’s Final Four outdid the 2010 version.

“It’s been unbelievable. Compared to 2010, it just seems like the festivities are more organized, there’s so much to do. It’s kind of like a non-stop party,” he said.

Both managers said business has been non-stop. Kraft said hosting the Final Four is like having a Colts game in town four days in a row.

“There is some stress involved but it’s good stress,” he said. “It’s fun.”

Svihlik said some staff at her restaurant have been pulling 14 hour days, some even longer.

“I think the Final Four is pretty much it, as far as biggest (weekend) if you don’t count the Super Bowl,” she said.

Unfortunately another Super bowl isn’t in Indy’s near future. But the Final Four will return in 2021 and likely bring with it hordes of college basketball fans ready to take the city by storm.

Until then, workers at both restaurants are more focused on just making it through that one last hurrah.

“I won’t say I’ll be happy when it’s all over because we love having everybody in town. It’ll be nice to get some rest,” said Svihlik.

“It is kind of sad to see it go but you know we’re always looking forward to the next one,” said Kraft.

Even though Indy’s next Final Four isn’t for six years, college basketball fans will be in the circle city much sooner. The NCAA Tournament will host first and second round games at Bankers Life Fieldhouse in 2017.