Farrow details lack of enthusiasm at NBC for Weinstein story 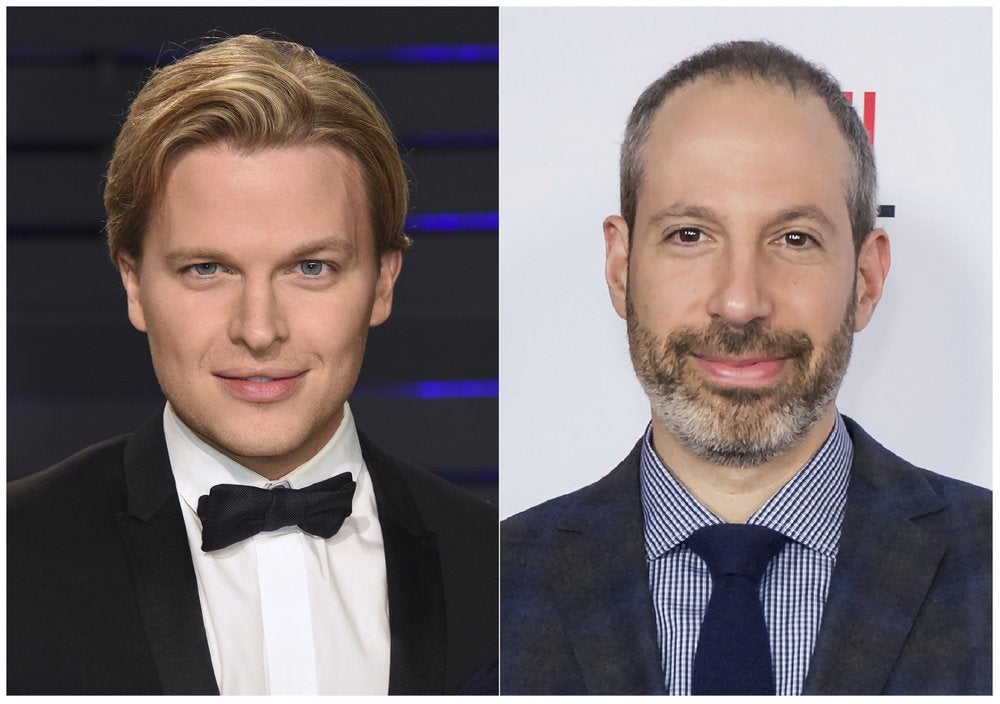 This combination photo shows Pulitzer Prize-winning writer Ronan Farrow at the Vanity Fair Oscar Party in Beverly Hills, Calif. on Feb. 24, 2019, left, and NBC News President Noah Oppenheim at the 2016 AFI Festival "Jackie" Centerpiece Gala in Los Angeles on Nov. 14, 2016. Farrow's account of his contentious divorce from NBC News, the more evidence he gathered on Hollywood mogul Harvey Weinstein's sexual misconduct, the less enthusiastic his bosses seemed to be. NBC's decision to let Farrow take his work to the New Yorker magazine is widely regarded as one of the biggest mistakes in journalism the past few years. His former employers call Farrow's book, "Catch and Kill," a smear. It's being published Tuesday. (AP Photo)
by:
Posted: Oct 15, 2019 / 04:36 AM EST / Updated: Oct 15, 2019 / 04:36 AM EST

NEW YORK (AP) — In reporter Ronan Farrow’s account of his contentious divorce from NBC News, the more evidence he gathered on Hollywood mogul Harvey Weinstein’s alleged sexual misconduct, the less enthusiastic his bosses seemed to be.

NBC’s decision to let Farrow take his work to the New Yorker magazine is widely regarded as one of the biggest mistakes in journalism in the past few years. The detailed stories on Weinstein published by The New York Times and New Yorker in 2017 shared a Pulitzer Prize and are credited with igniting the #MeToo movement.

“For six months, the only support I’d had was (NBC News President) Noah Oppenheim scrunching his nose and holding journalism at arm’s length, afraid it might get on him,” Farrow wrote.

NBC remains adamant that its hand was forced by Farrow’s enthusiasm for a story that — at the time he was working there — didn’t meet its standards.

“Farrow’s effort to defame NBC News is clearly motivated not by a pursuit of truth, but an axe to grind,” NBC News President Noah Oppenheim wrote in a detailed memo to NBC News staff on Monday. “It is built on a series of distortions, confused timelines and outright inaccuracies.”

Two years later, the reasons why NBC let Farrow and his explosive reporting leave are murky. Farrow suggests fear of Weinstein, fear of having Matt Lauer’s secrets exposed, journalistic timidity or simple misjudgment all may play a role. Farrow’s former producer, Rich McHugh, wrote in Vanity Fair that NBC abdicated its responsibility to relentlessly pursue and tell the truth.

One thing they do agree on: it was Oppenheim’s idea in the first place, when he pointed out a tweet by actress Rose McGowan about being abused by an unnamed figure in the movie business.

Farrow, a former MSNBC host who segued into investigative journalism at NBC, scored an interview with McGowan, where she told her story but didn’t name Weinstein on camera. Off-camera, she said it was him (Weinstein, who faces a sexual assault trial in New York in January regarding allegations not relating to McGowan, has denied any criminal wrongdoing). Farrow and McHugh pursued other sources and, they soon learned, so was the Times.

Yet he wrote about hurdles placed in his way that made him question NBC’s desire to do the story.

Farrow wrote of doubts by Oppenheim that Weinstein was a figure many viewers knew or even cared about. When he told a supervisor that the Times was also onto a story, that person said that sometimes it was better to let someone else go first. He and McHugh were told lawyers were worried about whether NBC could get in trouble for talking to victims who had signed non-disclosure agreements, and of a concern that Farrow might be accused of a conflict of interest because his estranged father, Woody Allen, was once in business with Weinstein.

ister theory for NBC’s inaction revolved around Matt Lauer, the “Today” show host who was fired in November 2017 for “inappropriate sexual contact” with a fellow employee. That colleague told Farrow that Lauer raped her in a Sochi hotel room in 2014; Lauer described the sex as consensual.

Farrow wrote that Weinstein “had made it known to the network that he was aware of Lauer’s behavior and was capable of revealing it.” At the time, Lauer was NBC News’ highest-paid news employee, a fixture on the morning show.

But NBC denies Farrow’s claim that its executives were aware, or should have been aware, that Lauer had a sexual misconduct problem.

Only one person from NBC’s hierarchy approached him after the New Yorker piece ran to express regrets about what had happened, Farrow wrote. It was Brian Roberts, chairman of NBC’s parent company Comcast.

The bad blood between Farrow and NBC News has led to a laundry list of he said-he said claims. They don’t even agree on whose idea it was to take the reporting elsewhere.

That is, ultimately, the decision that most befuddled people who weren’t directly involved. If the story wasn’t ready, why didn’t NBC just let Farrow and McHugh keep working on it?

Oppenheim said NBC agreed to let him leave because their working relationship had irretrievably broken down.

Farrow “has refused to even consider the possibility that (NBC employees) were all acting with integrity and good faith and has instead chosen to pursue this conspiracy theory that is completely unfounded,” he said.