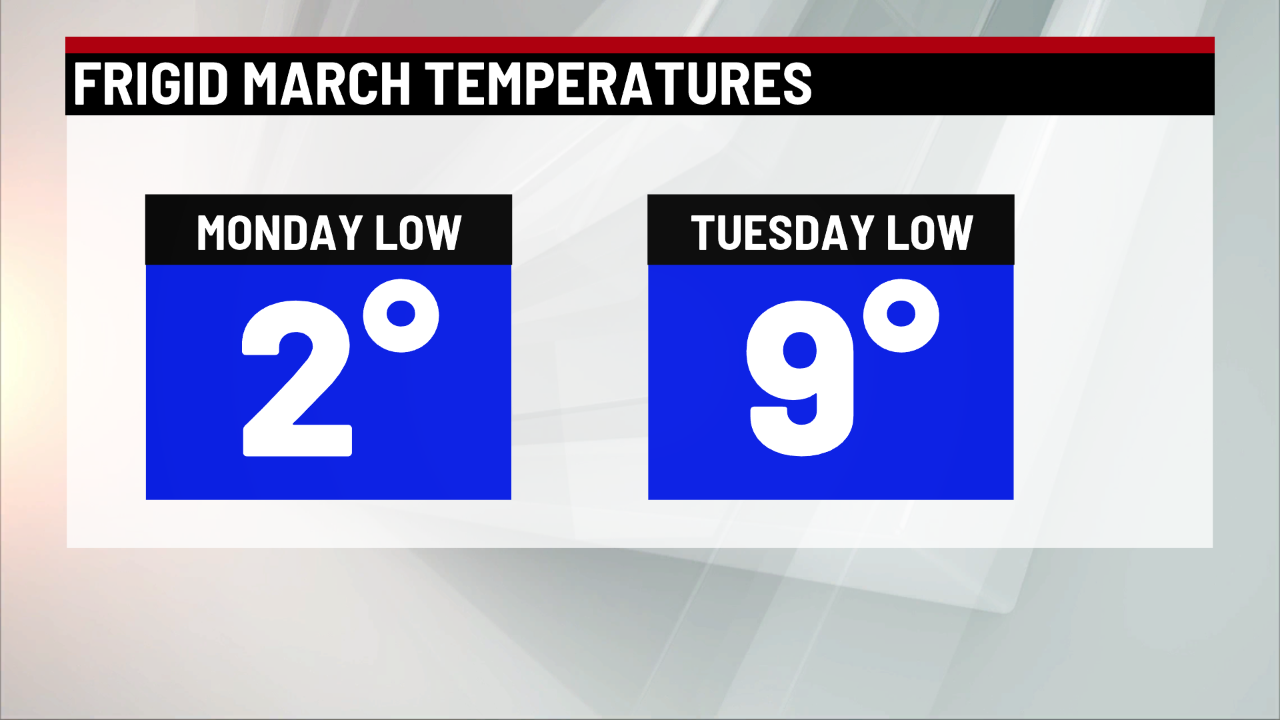 INDIANAPOLIS (WISH) — For the second time this month, temperatures fell to the single digits across central Indiana.

It’s the first time we have gone back to back single digit low temperatures in March since 2015. There have been 17 months of March that have had a least two days in a row of single digit temps.

Once crazy stat for you: The longest streak of single-digit temperatures in March was five times! This was done twice: Once in 1932 and once in 1960.

In addition, we once had a back to back stretch of sub-zero lows in March, that was done in 1943. That’s the only time that has happened for the month since records began in 1871.