Generic vs. name-brand prescriptions: Are you getting ripped off? 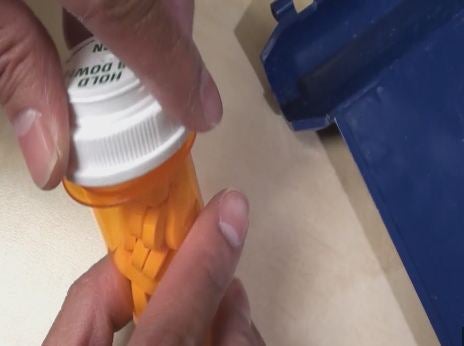 TOPEKA (KSNT) – According to the American College of Physician, every year more than $300 billion is spent on prescription medications in the United States.

The organization says this number could be significantly reduced if people swap out their name-brand medications for generics.

A recent survey by consumer reports says 33% of Americans are paying an average of $39 more out-of-pocket for their regular prescription medications each month, and 10% are paying as much as an extra $100.

Studies suggest the reason is because doctors prescribe name-brand drugs instead of generic pills.

“Something new comes out and doctors are really kind of wanting to push it, see how it works,” says Pharmacist Johnathan Schlodder with Tallgrass Pharmacy in Topeka.

The Topeka-based pharmacist says that impacts what a patient is forced to pay and is also forcing co-payments to skyrocket.

“What we try to do is find a cheaper drug for them. If it is in the same class. A lot of these brand-names have a generic out there that will work just as well,” says Schlodder.

The American College of Physicians agree. In a recent study, it examined how frequently generic drugs are overlooked in favor of brand-name drugs.

Looking at Medicare patients with diabetes, for example, researchers found that 23 to 45 percent of prescriptions were for brand-name drugs, even though identical generics were available.

Medicare, the study concludes, could save $1.4 billion dollars in diabetes medication alone by replacing the name-brand drug with the generic version.

Pharmacists suggest always compare brands for the lowest price, using coupons to knock off a couple of bucks.

“If the price is going to be unreasonable, there is probably a better option. Just sit down with your pharmacists,” Schlodder says.

Schlodder adds there are some medications that there simply are no generic equivalents to. His advice, when your doctor gives you a prescription – ask if there’s a generic available and whether it would work just as well for you.