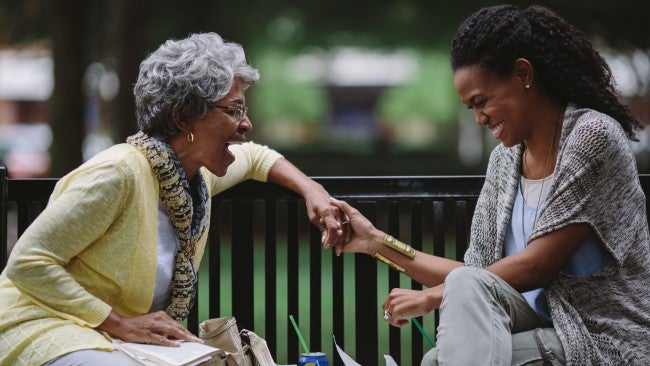 Faith based independent movie War Room moved into first place at the box-office over the three day portion of the four day holiday weekend. Straight Outta Compton fell to second place and newcomers once again failed to make a significant splash.

War Room was not expected by some to reach the top five in its opening weekend, let alone its second weekend. War Room made an estimated $9.3 million over three days to bring its total to $24 million. This puts it about $8 million ahead of the pace of director Alex Kendrick’s last movie Courageous. With a production budget estimated at only $3 million, it’s a safe bet the movie is already profitable.

Compton had to settle for second place this weekend, failing to place first for the first time since it opened. It’s estimated $8.8 million was not far behind, which means it will still be a close race for first place over the four day holiday weekend.

Third place went to newcomer A Walk in the Woods. The movie had a decent opening, and was able to leapfrog over The Transporter Refueled after Friday’s lower take.Transporter on the other hand went from first place Friday, to fifth place Sunday. Its estimated $7.13 million weekend take is in a virtual tie with Mission: Impossible’s$7.15 million which entered its sixth week of release.

Check back each week for box-office previews and results and the latest movie reviews from 22News.

Most recent movie reviews from 22News: