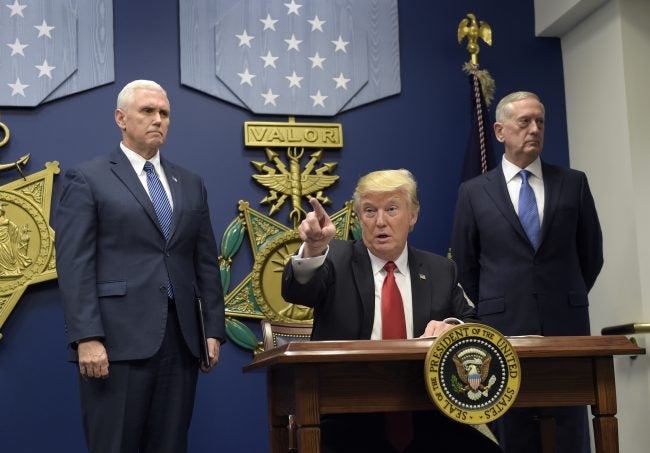 Republicans have expressed support for the vetting, but have questioned the rollout of the order. Chaos and confusion ensued in airports as officials initially barred permanent U.S. residents with “green cards” from re-entering the country, then said they would be allow to enter.

Late Saturday, a federal judge in New York issued an emergency order temporarily barring the U.S. from deporting people from the nations subject to Trump’s ban.