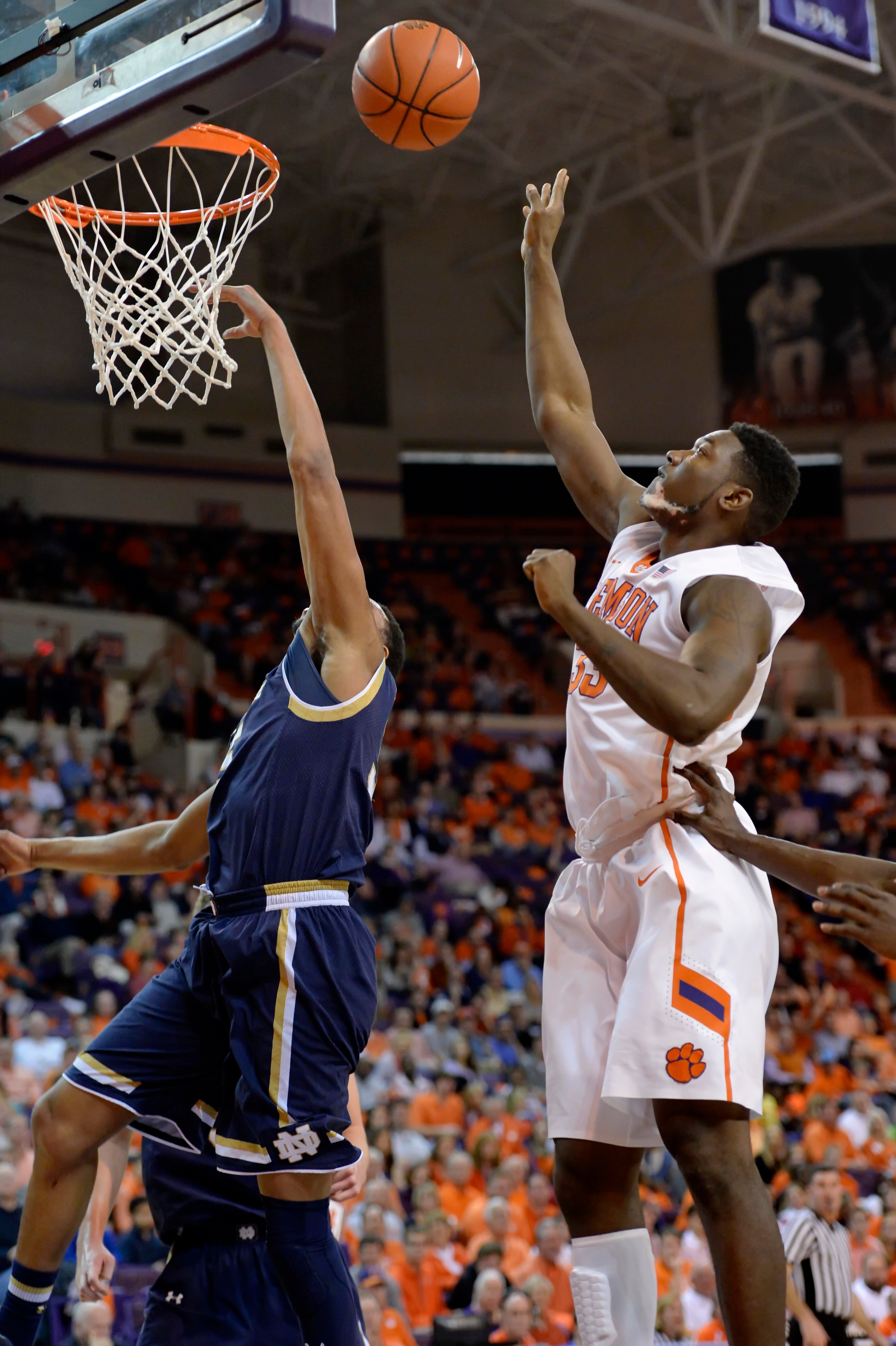 The Tigers (14-10, 6-6 Atlantic Coast Conference) missed two shots at the end, including a 3-pointer by Damarcus Harrison that hit off the rim as time ran out.

The Irish (22-4, 10-3) overcame a four-point deficit down the stretch to push past Clemson with Grant a major factor in the rally. Notre Dame trailed 56-52 after Rod Hall’s three-point play for the Tigers with 4:07 to go.

But Grant followed with two foul shots, then stole the ball to lead to Jackson’s tying layup. After Jackson’s basket put Notre Dame up for good 58-56, Grant hit a fadeaway jumper.

Notre Dame bounced back after a 90-60 loss at home last Saturday to No. 4 Duke.

Notre Dame is second in the ACC, scoring 80 points a game, yet looked like it would fall victim to Clemson’s style of tough defense and grinding out each possession before scoring.

The dynamic Grant pulled the Irish out of that funk in the final four minutes for the win to match the program’s best 26-game start last accomplished in 1980-81.

Both teams entered hoping to bounce back from disappointing losses.

Notre Dame’s 30-point loss to Duke was its most lopsided loss since 1999. Clemson missed its chance to jump into the upper part of the ACC standings last Sunday, fading down the stretch in a 56-45 loss at Miami that ended the Tigers’ four-game win streak.

Neither team was particularly sharp in the final five minutes before the break, combining to hit just five of 18 shots down the stretch.

Clemson did not attempt a foul shot in the opening half after finishing with just one in the Miami loss.

Notre Dame: The Irish hadn’t played a game in state of South Carolina since the NCAA tournament regionals in Greenville in 2002. Notre Dame opened with a victory over Charlotte before falling to Duke in the next round.

Clemson: The Tigers have held their past five opponents to less than 40 percent shooting, the first time they’ve accomplished that in 62 seasons in the ACC. That streak ended in this one as Notre Dame shot 43.1 percent.