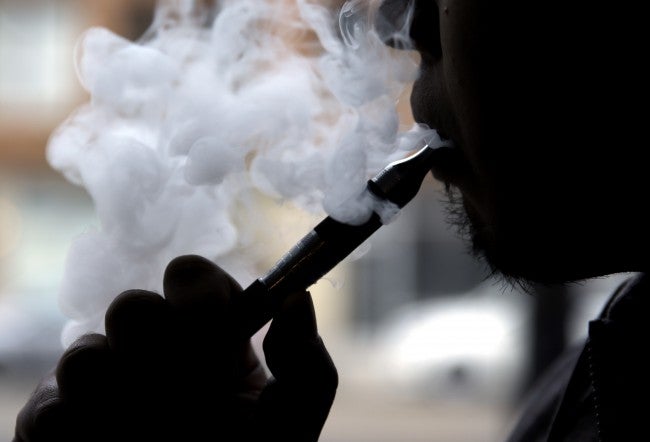 GREENWOOD, Ind. (WISH) – There are varied opinions when it comes to vaping in public, but city officials in Greenwood want limitations on where e-cigarette use is allowed.

State legislators approved regulations for the liquids in April, but they did not specify where they could be used. That may change if the new proposal passes in the Indianapolis suburb.

Krista Taggart, corporation council for the city of Greenwood said, “The proposed electric cigarette ban currently under review could be in place by mid-June.”

The first vote will take place June 1, followed by another vote two weeks later. If the ban is approved, it could go into effect on June 15.

“They can vape at home or on private property. If this passes, there will be limitations at public places.  This would include restaurants and parks. The ban would also add any establishment that has outside seating connected to bars.  If someone is vaping, they would have to stay clear 25 feet away from the door entrance,”  said Taggart.

Many were wondering why there was a need for change at such an urgent pace.

According to several city council members, they are concerned for the public’s health when it comes to e-cigarette exposure.