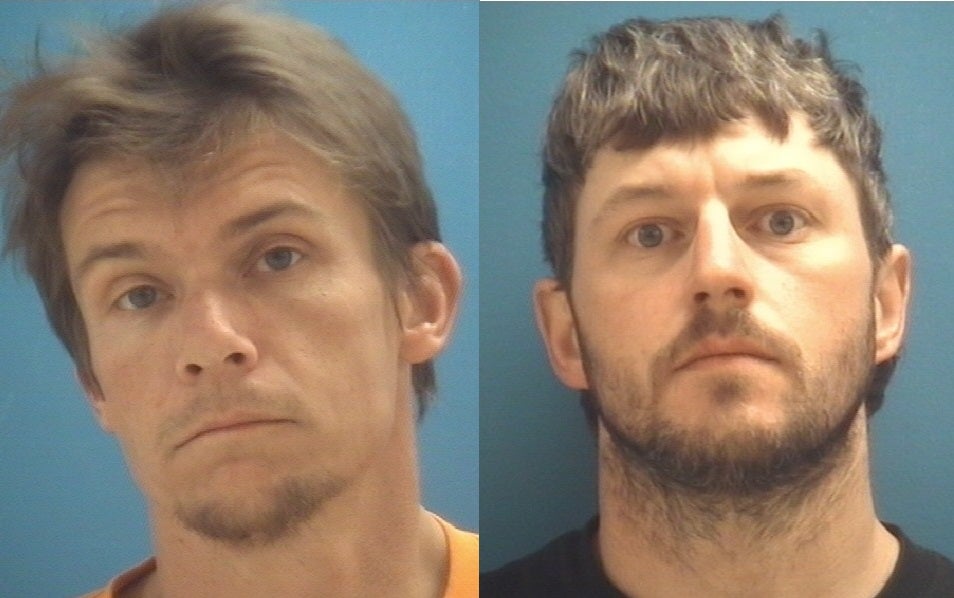 Officers arrested 37-year-old Benjamin Beatty on Tuesday in Columbus. Beatty was the boy’s golf coach for the high school and middle school. School leaders said he did not work in the school in any other capacity.

He’s facing charges of possessing and dealing methamphetamine and heroin.

“We’re going to do everything in our power to make sure they weren’t in any danger, look into it if they were put in danger and then ensure that they’re not going to be in danger from here on out,” Wheeles said.

Police said they pulled over a car Tuesday on State Road 46 on the west side of Columbus. Detectives said they found 33-year-old Jared Elser, along with heroin and a syringe.

Officers said they then stopped another car in the same area and found Beatty and more drugs.

ISP believes Beatty and Elsner were together before the separate traffic stops.

“It’s disturbing that someone that’s in that position and has access to our kids is doing that,” Wheeles said.

Investigators took both men to the Bartholomew County Jail.

Police said they served search warrants at Beatty’s home and at a Motel 6 room in his name and found counterfeit money.

“We believe he was using the hotel room as part of his criminal activity,” Wheeles said.

The school district declined our request for an interview.

Police said Beatty was not cooperative with police.

After learning of the arrest, Greenwood Community School Corporation released the following statement:

On May 2, 2018, Greenwood Community Schools Superintendent Dr. Kent DeKonick was notified by both the Greenwood Police Department and the Indiana State Police of pending criminal charges being filed against an employee. Benjamin Beatty, high school and middle school boys’ golf coach was arrested in Columbus, Indiana and has been charged with multiple drug offenses. Mr. Beatty does not serve in any other capacity in the school district. Procedures have started to terminate his employment. He has had not contact with students since Dr. DeKonick received notification of the charges being filed.

Based upon information received to this point, all conduct by Mr. Beatty leading to the charges are not connected with any Greenwood Community Schools students. Since this a police matter, the school district will have no further comment at this time.