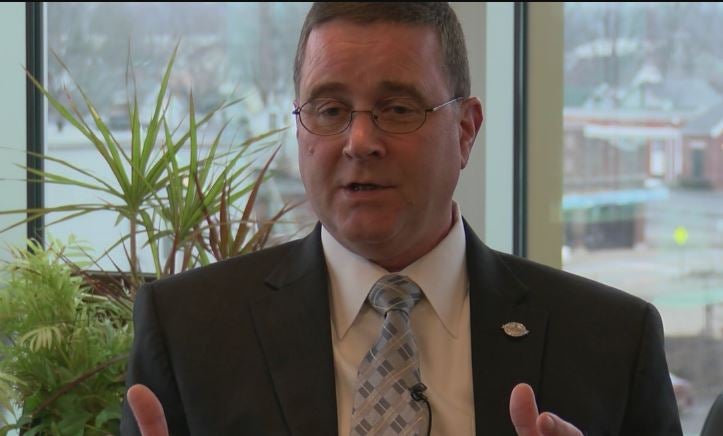 GREENWOOD, Ind. (WISH) — Mayor Mark Myers announced Friday on Facebook that he has been diagnosed with Parkinson’s disease but will continue his work as the leader of the Johnson County city of nearly 59,000.

“Last month, I was diagnosed with Parkinson’s Disease. First and foremost, I look forward to continuing serving my fellow citizens as Mayor of Greenwood. We will continue our important work as there is so much more to accomplish,” the Facebook post said.

Myers beat out a Republican opponent in the May primary and ran unopposed in November to win a third four-year term in office.

“As with every challenge life has presented, I intend to take a head-on approach and have never known any other way. Thankfully, we discovered the disease early, which provides a much greater opportunity to treat and manage symptoms. I have an excellent team of doctors and have also begun kickboxing sessions at 9Round Fitness. Earlier this morning, I reached out to both the Indiana Parkinson Foundation and Parkinson’s Awareness Association of Central Indiana (PAACI) seeking to learning more about the disease and offering my assistance in raising awareness.

“I feel strong, fit and more passionate than ever about leading Greenwood’s resurgence. As always, thank you for your support.”

Parkinson’s disease is a progressive nervous system disorder that affects movement, according to the Mayo Clinic. Symptoms start gradually, sometimes starting with a barely noticeable tremor in just one hand. Tremors are common, but the disorder also commonly causes stiffness or slowing of movement.

Actor Michael J. Fox may be one of the best-known public figures with the disease. His foundation’s goal is to eliminate the disease.

Born and raised in Greenwood, Myers and his wife have six children. His father is a former Greenwood mayor.